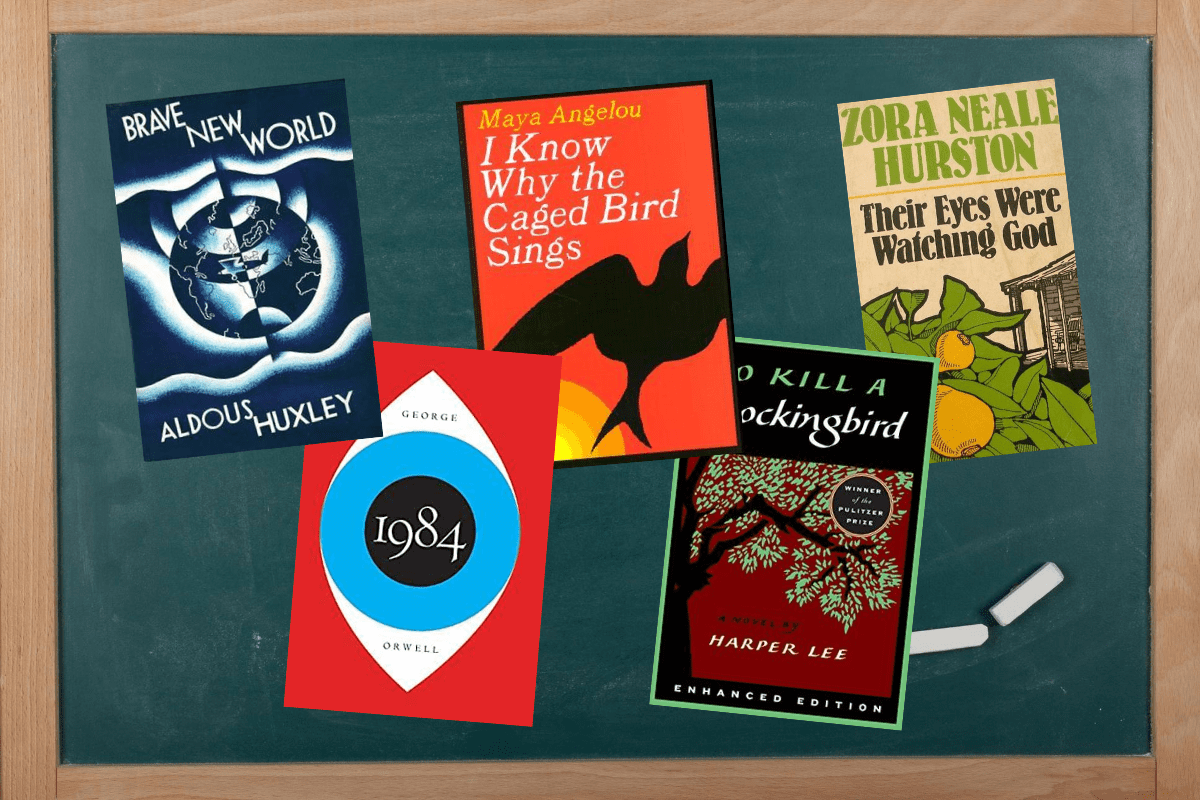 Even though I love reading, I found it difficult to finish the classic novels assigned to us in high school – let alone relate to or understand them. I vividly remember sitting in a hot classroom, our desks arranged in a circle to facilitate discussion, feeling like I had read a completely different book than what my teacher was describing.

RELATED: How to Fall in Love With Reading Again

With zero real-life experience, how could I truly understand or enjoy books like “1984”? How could I discuss a novel about a dystopian society when I didn’t fully understand the current, real society?

Now that I have (some) real-world experience and can better understand and appreciate the books at age 26, I’ve been dedicating my extra free time to rereading some of the classics I read in school.

I’ve also changed my definition of “classics” to include more books from diverse authors. While I had amazing English teachers, I realized that the definition of classics in my small, rural town – and probably many others – almost exclusively included books written by white, and usually male, authors.

My perspective has changed since I was a 16-year-old girl just trying to get an A. Now, I have a real desire to appreciate and understand the classics. Here’s what I’ve reread so far:

In high school, I found the dystopian story about an all-seeing, all-knowing government to be outlandish. Now, it’s my favorite book, and I realize it’s a little too close to modern society than I’m comfortable with. Rereading this definitely made me question my relationship with my phone. Even though my smartphone is extremely convenient, it also listens to everything I say, knows where I am at all times, and knows almost everything about me, eerily similar to the Telescreens in “1984.”

Another concept from this book that struck me is media manipulation. In this book, the media is government-owned and exclusively broadcasts propaganda disguised as news and entertainment that benefits the governing party. The main character Winston’s job is to rewrite history to benefit the Party. It made me start to think more critically about the media I consume, especially combined with what I learned in my advertising classes in college about how the smallest details of entertainment are designed to manipulate us into thinking a certain way.

I consider this book to be the ultimate story about a utopian world where everything is designed to maintain peace and keep people happy — beginning by breeding children in labs and choosing from conception who they will be. I read two pages, closed the book, and never opened it again until this past month. Similar to “1984,” this book questions whether individuals have free will and if happiness and security are worth a lack of freedom. It made me realize that even though I’ve had to struggle to find my way, it’s much better than not having a say in my own life.

“To Kill a Mockingbird” by Harper Lee

Even though it was one of the few books I enjoyed reading in school, I didn’t remember much of “To Kill a Mockingbird.” I remembered the classic characters and the depiction of race that is shown mostly through a trial in the second half of the book, when a black man is falsely accused of raping a white woman. While this seemed to be an accurate depiction of race and class in the 1930s, I now feel uncomfortable with the fact that our race discussions in school centered around a book with a white protagonist written by a white author. Even though I think this is a well-written book with many lessons about racism, sexism, loss of innocence, and more, I don’t think it should be the stand-alone resource in a larger dialogue about racism.

“I Know Why the Caged Bird Sings” by Maya Angelou

In high school, I appreciated how beautifully this memoir was written, but found myself horrified by the content and unable to relate to Maya Angelou’s life. The subject matter, which ranged from sexual assault to homelessness, was shocking for a sheltered 16-year-old girl to read. Now as a 26-year-old woman, I think it’s an incredibly profound depiction of a Black woman feeling lost as she grows up in a racist, sexist world.

The theme I related to most was Angelou’s teenage struggle to figure out her identity. Even though she lived through things I haven’t, like homelessness, neglectful parents, and a teen pregnancy, I could remember feeling lost as a teenager, and like Angelou at the end of the book, I have much more autonomy and sense-of-self now.

“Their Eyes Were Watching God” by Zora Neale Hurston

I had never read this book before, but it’s on my list of classics from non-white authors. Published in 1937 and considered one of the best books of the Harlem Renaissance, it follows the life of a young woman through three marriages and her struggle between doing what she’s told and doing what she wants. I really sympathized with the protagonist, Janie, and her struggle for independence in a world that did not think she deserved it because of her gender and the color of her skin.

The book also dives deep into the expectations, failures, and power struggles we deal with throughout life. Janie is heavily criticized for dating a younger man less than a year after her neglectful husband died, but she chooses her own happiness over everyone’s expectations. It made me think about my own life and how society’s idea of happiness and success is often different than my own. As I’ve gotten older, I care less about what people think about me as long as I’m following my own morals.