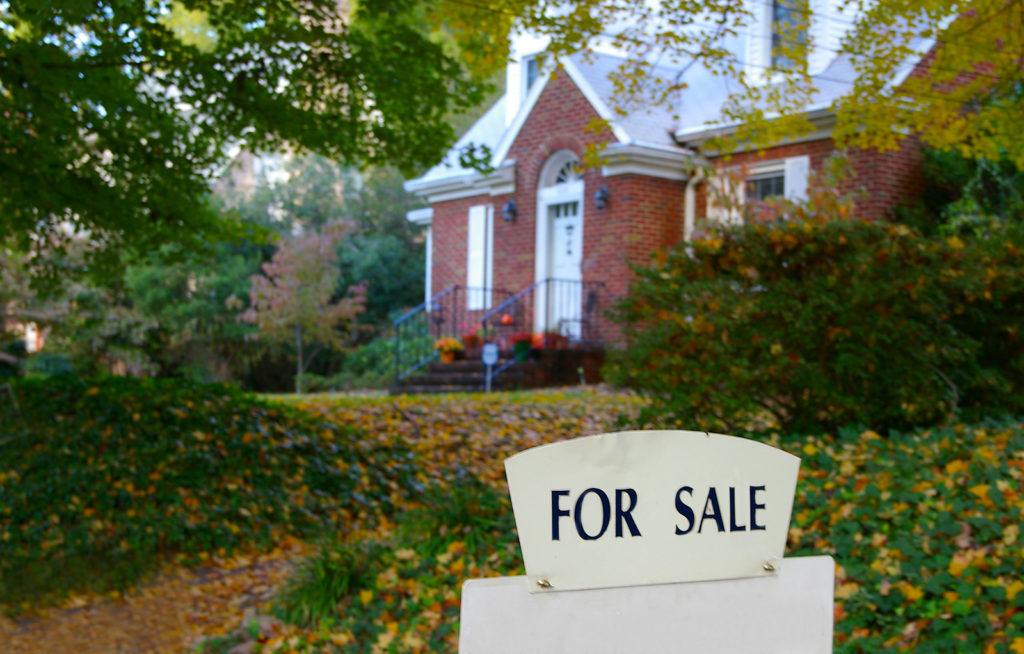 My parents are a lot like Steve Martin and Diane Keaton in “Father of the Bride.” My dad is the neurotic one, always flitting around worrying about one thing or another, and my mother is the calming force in our family. Remember in “Father of the Bride Part II” when they almost sold their sprawling Colonial? Well, our house was a Tudor, and my parents actually went through with it five years ago.

I was 26 years old when it finally happened. My parents were looking to sell the house they bought when I was 5 for a few years. It was a great deal when they bought it, but it was too much upkeep, expensive to maintain, and too big for my family when my siblings and I would all soon be in college, grad school, and beyond. I left behind 22 years of memories in a home that now belongs to someone else. This brown and white Tudor was just as magnificent as the “Father of the Bride” colonial, built in 1900 with plenty of rooms to play hide-and-seek and escape from the daily annoyances of living with four other siblings. It was expansive, the type of home where you could not hear a single thing going on if you’re on the opposite side of the house. The land around it was just as open—you could run around and not worry about causing a ruckus and bothering your neighbors.

I had my first kiss in my backyard next to the pool we installed when I was young. It was my 16th birthday, and his breath reeked of Doritos and Surge soda. It was sloppy and so completely far from perfect, but to my 16-year-old self, it might as well have been straight out of a John Hughes movie.

RELATED: Things Your Parents Told You That You Know Are True Now

I turned 21 in July 2006 at that house. I brought my first boyfriend home for Easter that same year. Our spectacular dining room table played host to countless Christmases, Easters, and New Year’s Eves. One summer, a friend of mine accidentally broke a chair in the 12-seat set. Let’s just say the Steve Martin in my father came out, until my mother calmed him down.

The Christmases—oh, the Christmases. We were lucky enough that our ceilings were so tall, we decorated a majestic 10-foot Frasier fir every year. It was the centerpiece of the season, which included achingly long Christmas photo shoots as children for our annual picture, Christmas mornings with so many presents we couldn’t count, and yearly Christmas parties. Our celebrations scaled down as we got older and my parents had to start figuring out how to send the five of us to college, but the memories of friends and family enjoying the season in our home will stay with me.

That was the beauty of that house. People felt instantly “at home” as soon as they stepped in. That’s the scary part of moving out of the home you grew up in, leaving a place you synonymize with comfort, love, and safety. Leaving a house you grew up in can feel like leaving a best friend, or can sometimes be on par with losing someone you love.

So many friends, boyfriends, and girlfriends have passed in and out of those doors. Our wood-burning fireplace was the centerpiece to events with at least a half dozen priests (we’re what you’d call a very old-school Catholic family), all four grandparents, aunts, uncles, cousins, and more people than you could ever count.

While my home was seemingly always bustling, it was also a source of serenity. When I asked my brother what his favorite thing about our house was, he said the Nerf battles he had with his friends (naturally). He then texted me about a minute later adding, “the view and the sunsets were pretty spectacular.” My brother really hit the nail on the head with his memory. Our home was situated high on a hill and whenever I feel stressed and need to relax, I think about sitting in my backyard looking at those sunsets.

RELATED: Why My Dream Home Is A Small Home

It’s a good thing we can take all these memories with us. If your parents are about to leave the home you grew up in, it’s important to deal with the loss. Whether it’s documenting your time in the home in a scrapbook, writing about it, or just gathering your brothers and sisters for a dinner where you reminisce, it’s important to truly acknowledge what you are feeling.

By keeping those memories close, you’ll always have a little piece of the place that began to shape you as a person. If you think about it though, those memories did take place in a home, but at the heart of it all were the friends and family who passed through all those years.

I’ll admit something too—ever since I saw the first “Father of the Bride,” I’d always wanted to get married in that house, just like Kimberly Williams-Paisley’s character Annie did. Although that won’t happen now, my parents did build their own home since then. There is plenty of room for future friends, boyfriends, girlfriends, and even someday, husbands, wives, and grandchildren. In fact, my brother and his fiancé will be having their post-wedding barbecue there this May. In the meantime, I’ll be looking forward to creating memories in my new home.