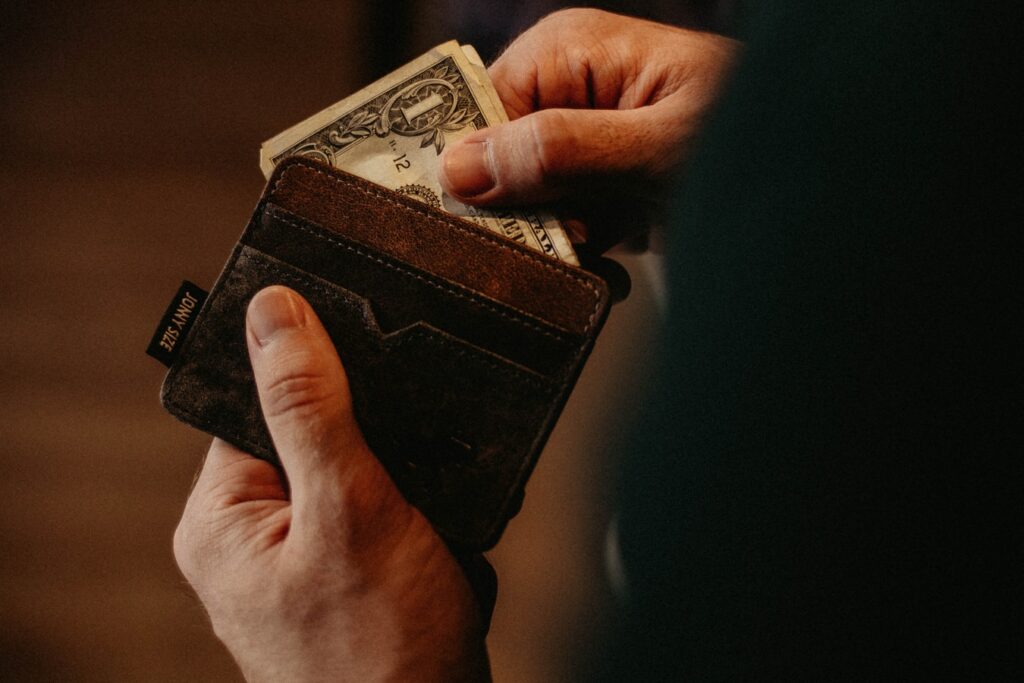 I’ve struggled with money problems more times than I could count. My first post-college job was as a part-time blog writer making $11 an hour. I tried to save up as much as I could, even though a lot of my paycheck was going to rent, gas, and public transportation. My then-girlfriend and I lived with my parents, which helped us save money because they charged very low rent.

I eventually got a better job as a receptionist, working five days a week and making $18 an hour. We moved into a small in-law unit in San Francisco, and evenly split the $1,600 rent, which took a huge chunk out of my already minuscule paycheck.

My girlfriend and I often clashed over money and broke up a few months later, and I moved back in with my parents. I was still stuck at the same unfulfilling job, and as a contracted receptionist, I received no benefits and had no opportunities for growth.

I decided I needed to make a change, and the first thing I knew I had to do was get my finances in order. Here are the money moves I committed to making:

After nearly two years, I left that receptionist job and became an office manager for a startup. I’d been reading a lot of personal finance books and one piece of advice from Ramit Sethi always stuck with me: Always negotiate your salary.

Before accepting my new job, I asked the HR manager for an extra $5,000. At first, she declined and told me I should consider the job’s bountiful benefits package as consolation. A few minutes later, she got back to me and told me the company could give me an extra $2,250 instead.

Accepting a new job is the perfect time to negotiate your pay. Those who negotiate earn an additional 13.3% of salary — roughly $7,500 for the average American.

I never had a 401(k) until my office manager job, and I knew I was missing out on some potentially huge profits. I didn’t want to end up as the kind of person who was broke during retirement, so I knew I needed to start as soon as possible.

I set up a Roth IRA and invested in trustworthy index funds such as VTI and SCHD. I also made a Stash account to begin micro-investing. I started off with $5 a week and eventually increased it to $20. Stash gave me the chance to store my extra dollars into all sorts of companies and funds with very little risk.

A NerdWallet analysis calculated that a 25-year-old millennial who makes $40,456 a year and invests 15% of their savings into the market may earn up to $3.3 million when they retire. While it might have bad days or even bad months, the S&P 500 has trended upward ever since its inception.

I remember the first time I tried to estimate how much of my salary was going into my monthly expenses. Unfortunately, I was far less frugal than I thought I was.

I downloaded Spending Tracker to manually record each dollar that went in and out of my wallet or bank account. Forcing myself to whip out my phone and open an app every time I want to buy something made me think twice about each purchase. The slight inconvenience works as an effective deterrent for seemingly insignificant purchases. On good months, I saved nearly half of my income.

You can also use an app like Mint, which helps you record where each dollar goes. It tells you how much you earn and spend, allowing you to decide where you should save and cut back. Mint will also track the money in all your accounts, including your bank, investments, PayPal, and Venmo.

A 2016 Wells Fargo study found that 41% of millennials haven’t started saving for retirement. Many 20-somethings believe they don’t have enough money to begin saving. But with rising inflation, home prices, and cost of living expenses, you’ll need to be extra careful to ensure you have enough saved up during retirement. Unfortunately, too many people I know haven’t saved a single penny.

The best way to start saving for retirement is to open an investment account through a brokerage such as Charles Schwab or E*TRADE. You could also get a 401(k), which is essentially free money if matched by an employer, or a Roth IRA if your company doesn’t offer one.

Set up an emergency fund

The pandemic caused an unprecedented number of job losses and proved that many Americans didn’t have as much financial security as they thought they had. Soon enough, those who found themselves out of work didn’t have any income to pay for their bills, rent, or groceries. Many relied on borrowing money from others or setting up fundraisers.

I found myself unemployed in March earlier this year. Luckily, I had income from the EDD, state benefits provided to those impacted by COVID-19, but it’s nearly run out. However, I’m not worried because between my bank and brokerage accounts, I have enough to keep me going for the rest of the year with no problem.

Struggling financially has only helped strengthen my resolve to be a better saver in the future. I’ve been able to funnel any leftover money into my stock portfolio and watch them grow while the economy slowly recovers.

It’s not too late to get smart about your money. Taking these small steps will help you improve your financial wisdom for years to come.