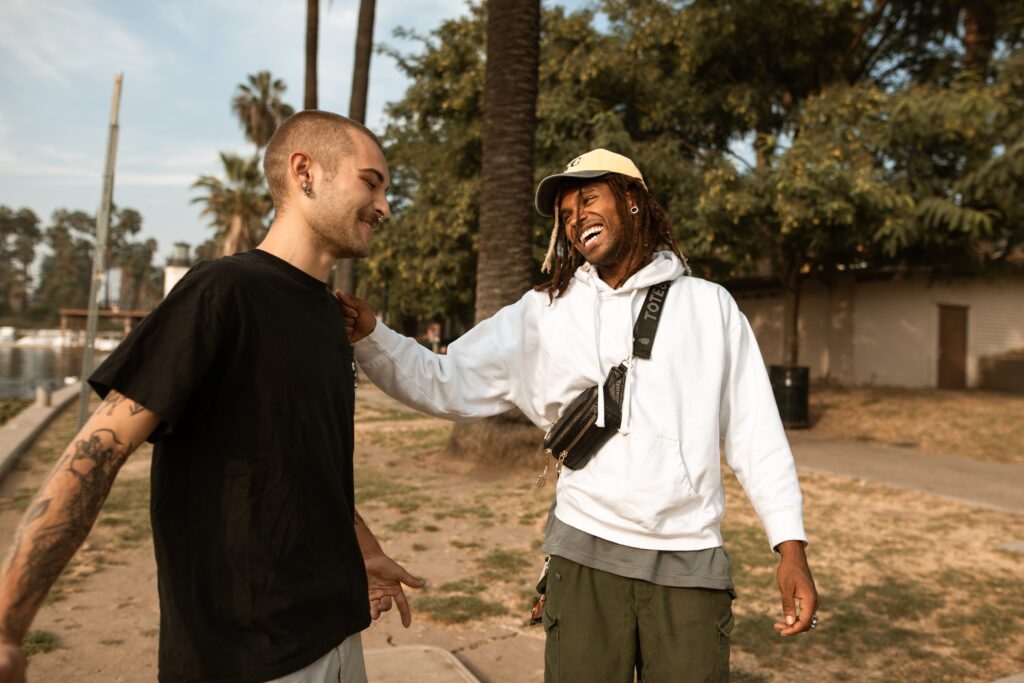 I never had a problem making friends as a kid. Stranger danger was not in my vocabulary — everyone was a potential friend. I could wander up to someone on my wobbly toddler legs and say, “Want to play?” or “Will you be my friend?” When college rolled around, I made a promise to myself that I’d have a huge group of lifelong friends.

I had a friend for every social scenario: roommates, party friends, best friends, and friends who would read with me, cook with me, and play music with me. When I was younger and things were good, I believed it would stay like that forever.

I moved to Chicago in August even though I had never been to Illinois. I didn’t know anyone who lived in Chicago; I didn’t even have a job yet. But, my long-term boyfriend was making a career change and nothing was keeping me from going with him. Although the move was sudden and scary, it was also welcomed. Moving away from the only place I’ve ever lived, all my friends, and my entire family was going to be a huge change, but it could also be an opportunity.

One of the many questions that ran through my mind while preparing for this massive life change was: Why is it no longer socially acceptable to approach a stranger and ask them to be my friend? Everyone knows it’s hard to make friends as an adult, that’s not new. But why is it so hard? It’s appropriate to approach someone under the guise of attraction but not friendship, and that seemed so bizarre to me.

Once in Chicago, I made the same promise to myself as I did in college that I was going to make an earnest effort to have friends in this city. I downloaded Bumble, switched to “friend mode,” and got to swiping.

Bumble started out as a dating app but it has added other options for how to use the app. If you want to find a boyfriend or girlfriend you use the dating setting, for friends you use the friend setting and even for jobs you can use the networking setting.

Eventually, I ended up hitting it off with a woman named Nikki. Nikki had already met several women on Bumble that she thought I’d like so she put us all in a group chat.

RELATED: 3 Ways To Be A Better Friend In Less Than a Minute

Before our plans to meet up, I spent 20 minutes picking out my outfit, put on makeup for the first time since Christmas, and encouraged my reflection in the mirror to just be myself.

We all went out to dinner together in a part of the city I had never been to. All the women from the group were very nice and although my social anxiety was through the roof, I ended up having an amazing time. One of the women, named Lauren, just so happened to live 10 minutes from my apartment.

There was some talk in the group chat about doing another group activity, but nothing ever came to fruition. I grew frustrated that I had made what I thought were good connections, but no one wanted to be the first one to say, “Hey, I like you. Let’s continue to be friends.” I realized that while I was waiting and waiting for one of the other girls to take that first scary step, they could have been waiting for me as well.

I messaged Lauren directly and asked her to get coffee with me that day at 2 p.m. It was a last-minute plan, but she jumped at the chance and her willingness gave me newfound confidence.

Even though I was in a new city, meeting a friend for coffee felt very casual all of a sudden. I was having a “main character” moment walking to the coffee shop with my perfectly curated on-trend outfit. I felt like a real city girl, or the star of a show on Freeform.

Lauren and I ordered our coffee and decided to go for a walk. We ended up walking for almost an hour along the coast of Lake Michigan talking about our semesters abroad, our families, our jobs, and life during the pandemic. When we became tired, we sat at a dog beach and watched the dogs play in the water.

On the walk back, we were about to pass my apartment when I asked Lauren if she wanted to come up to my place and have a drink or watch a show. We started doing the typical social dance of  “I don’t want to impose” and “only if you want to.”

Finally, I turned to her and just said, “I’m having a nice time and I’d like to be friends so that’s why I invited you over. Do you want to be friends?”

RELATED: Opposites Attract: The Perks of Having Friends Different Than You

I was sure that being this blunt and a little bit childish was going to result in a lost opportunity, but I was surprised when Lauren looked ecstatic to have gotten this question. She laughed and told me that yes, she did want to be friends and would like to come over for a drink. We watched “Shrek” and had some snacks and ended up talking until about 1 a.m.

Meeting friends on apps can be extremely awkward because it genuinely does feel like a date. It’s a very humbling kind of date because you want to present your best and coolest self while also admitting that you don’t have many friends right now.

It’s becoming increasingly more normal to tell people that yes, we met on an app but even so, trying to navigate how to create a friend from a total stranger in a very non-organic environment is awkward and difficult. Based on how well our little friend-date went, and the fact that we’ve made more plans to see each other, I’d say that plainly and blatantly asking “do you want to be my friend?’ is actually a surefire way to find someone who genuinely wants a friendship.

It seems too simple, to just ask someone about what they’re looking for. It might even seem a bit too similar to dating, but we all are on the app for a reason and we are all adults (sometimes). There’s no reason why only children should be afforded the luxury of such a simple question.