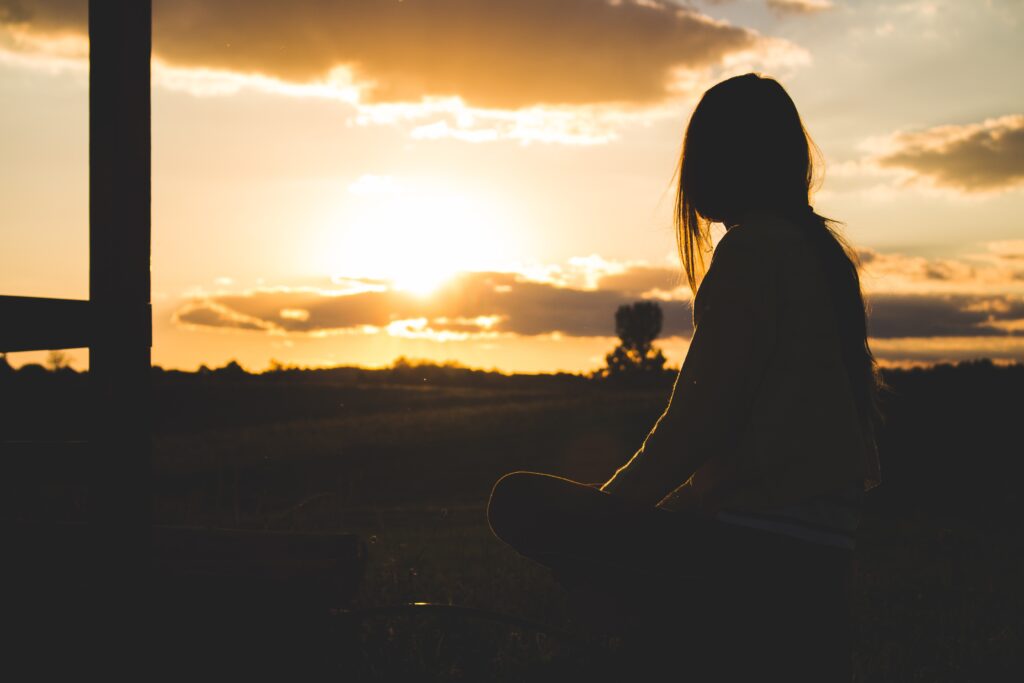 In every relationship, there are going to be times when disagreements arise and conflicts happen. In romantic relationships, I’ve known breaking up was a possibility, but in my friendships, I never expected to “break up.” And yet when that does happen, it can be really hard to move forward without closure.

I learned this lesson this year through the loss of a close friendship. A high school friend I assumed I’d be BFFs with for life essentially “ghosted” me after 15 years of friendship. She asked me to be in her upcoming wedding — but then stopped replying to my texts for months. When I asked for information on the wedding, she’d reply weeks later. I had no idea what was wrong, but I did know she had a pattern of treating other friends this way — I just never thought I’d be one of them.

Finally, I asked her to talk it through — and she never called. I sent a heartfelt email trying to connect and received no response. When the pandemic hit two months later, I knew her wedding wouldn’t happen, but I was at a loss to explain why our friendship had seemingly just disappeared into thin air, as if it had never existed.

Eventually I had to accept that I have no control over other people, and no idea why people in my life make the choices they do. And just because I’ve known someone for half my life doesn’t give them permission to treat me disrespectfully.

In this circumstance, I tried to communicate and find resolution, hoping the friendship could be repaired, but my former friend wasn’t interested in patching things up, so I had to learn to let it go, as painful as it was, and find resolution in my own heart. Here are a few ways I was able to do that:

When I tried to make contact with my friend and she responded weeks later, it removed the pressure to respond instantly back to her. It became clear that she was unwilling to communicate, so I put boundaries in place to protect myself. I unfollowed her on social media, and when mutual friends asked, I didn’t go into the drama — but simply explained that I’d hoped we’d be able to resolve things, but I never heard from her. I didn’t try to piece together what might have happened to get her to act that way — which is something I would have mulled over endlessly in the past. I set up boundaries to keep my focus on myself, instead of on her.

I learned about a forgiveness technique based on the Hawaiian Ho’oponopono practice. It’s an ancient Hawaiian healing practice of reconciliation that  literally means “to make things right.” The Ho’oponopono Prayer is:

Whenever I get upset, journaling is a way I can get my feelings out without letting them overwhelm me. Instead of focusing on what was going wrong, I’d instead shift my focus to this practice — and repeat the prayer until I felt any feelings of sadness or resentment melt away.

I’ve been in therapy on and off for years — so when I feel like there’s a situation in my life that’s hard to navigate, talking to a therapist helps me to gain perspective. I highly recommend finding a therapist who you trust.  I was able to talk through what happened and gain a bigger perspective, instead of getting bogged down in the drama of it all. I realized that some people aren’t meant to be in my life forever — and that’s okay. We all change, and sometimes, our paths can totally diverge.

And if therapy is out of your budget, then a close family member or friend, or someone whose judgment you trust, can work too. (However, remember there is a big difference between seeking help from someone who is professionally trained versus confiding in a friend.)

Relationships teach us important lessons, even if they are painful ones. When a friend isn’t interested in working things out, there are still ways to move forward. And sometimes, the lesson they might be here to teach you is how to value yourself. That’s how I felt when the friendship ended. In the past, I would have chased after the friend, unable to accept that there was nothing I could do to please her and make sure she was happy with me. But I realized by doing that, I was devaluing myself and my own worth — and I started focusing on the friendships that were a two-way street.