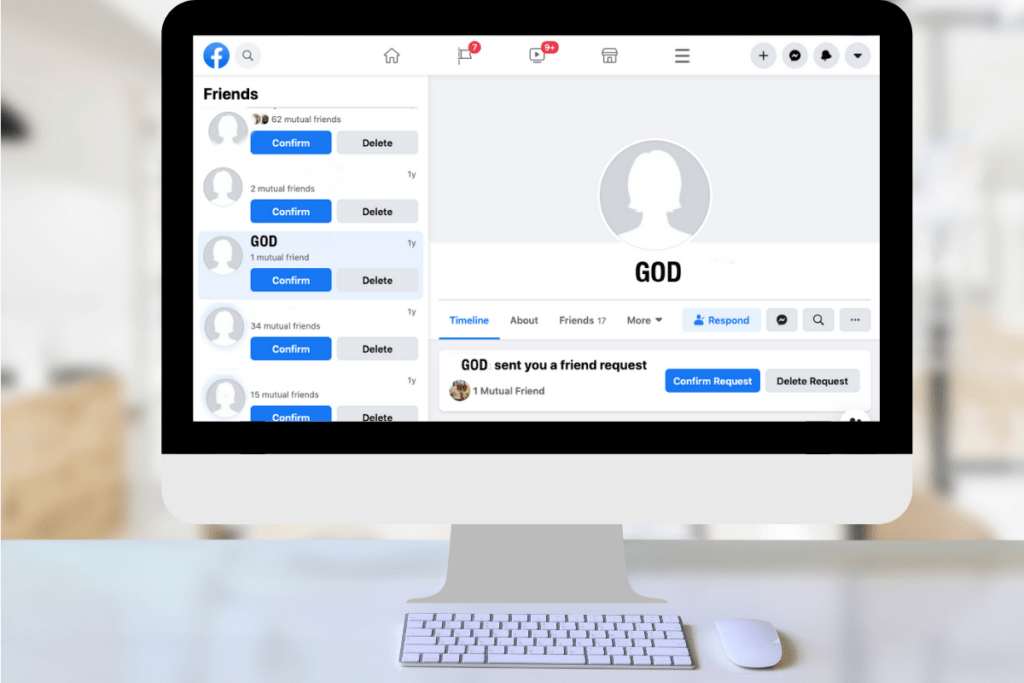 One of the things that a few of my friends joke with me about is that I tend to gravitate toward uplifting stories told through television and film. I don’t necessarily dive into a series on a streaming service that might only offer a little bit of satisfaction. I like stories with meaning, stories that reinforce the idea that despite so many troubles in the world, there are many people out there who nourish the goodness in it. This sentiment takes me back to those evenings when my family and I would watch shows like “Highway To Heaven” on TV after a long day. I was in dire need of that feeling two years ago as I was dealing with the death of my father from Lymphoma.

RELATED: When Grief Overwhelms You: How to Get Help

Days after my dad passed away, I scanned the channels and stumbled upon “God Friended Me” on CBS. The story revolves around Miles Finer, a young man who’s an avowed atheist and a podcaster in New York City. He gets a strange request on Facebook from an account that only goes by “God.” The account suggests friends to Miles, and all these friends happen to live in the city.

As he meets these people, Miles finds that they’re all in the midst of a personal struggle of some sort. Miles then sets out to help his new friends. As these journeys to help others progress, Miles gets a ton of support from his sister, Ali, and his father, the Reverend Arthur Finer, who is the head of Harlem Episcopal Church. As Miles helps people, he also makes it his mission to find out who really is behind the God Facebook account as he deals with his own ideas about faith.

The way Miles butts heads with his father but gains more wisdom and empathy for him in the process of resolving things reminded me of my own relationship with my father. My dad and I had a strained relationship when I was younger, and there was a brief period where we didn’t talk. But as I grew older, I found that he began to open up more. Our conversations helped us grow closer and create a common ground where we could speak freely. Seeing that play out with Miles and Arthur made me reminisce about that journey and how it healed the old wounds overall.

Week after week, I found myself wrapped up in Miles’ journey. Each episode was only an hour, but seeing how he put himself out there with each friend reminded me of the time I was heading back from the medical rehab clinic my father was in. The cab driver saw my emotions, talked to me the entire way, and prayed with me before I got out. He didn’t even charge me full price for the ride. Seeing those episodes made me remember those moments of kindness and generosity with a smile.

RELATED: Why We Need Empathy Now More Than Ever

Another element I loved about the show was how they dealt with difficult subjects like recidivism, LGBT relationships, and substance abuse in an engaging and approachable way.

Also, Miles shifting from a viewpoint where he feels that one person can’t be moved to make a difference in the lives of others to fully embracing that each of us has the power to do just that was inspiring to me. I could relate to his journey, questioning why people should help people they don’t know. If there is one thing that came to mind when I think of my late father, it’s how he helped so many people over the course of his career as a doctor. The show taught me that there is a joy in giving without expectation of a reward. Doing so is exercising one’s faith that every person can truly make a difference in someone else’s life.

“God Friended Me” sadly aired its last episode in April, putting a cap on two seasons. But the lessons of being of service to others and accepting that everyone is meant to help each other however they can will remain a part of me for a lifetime.