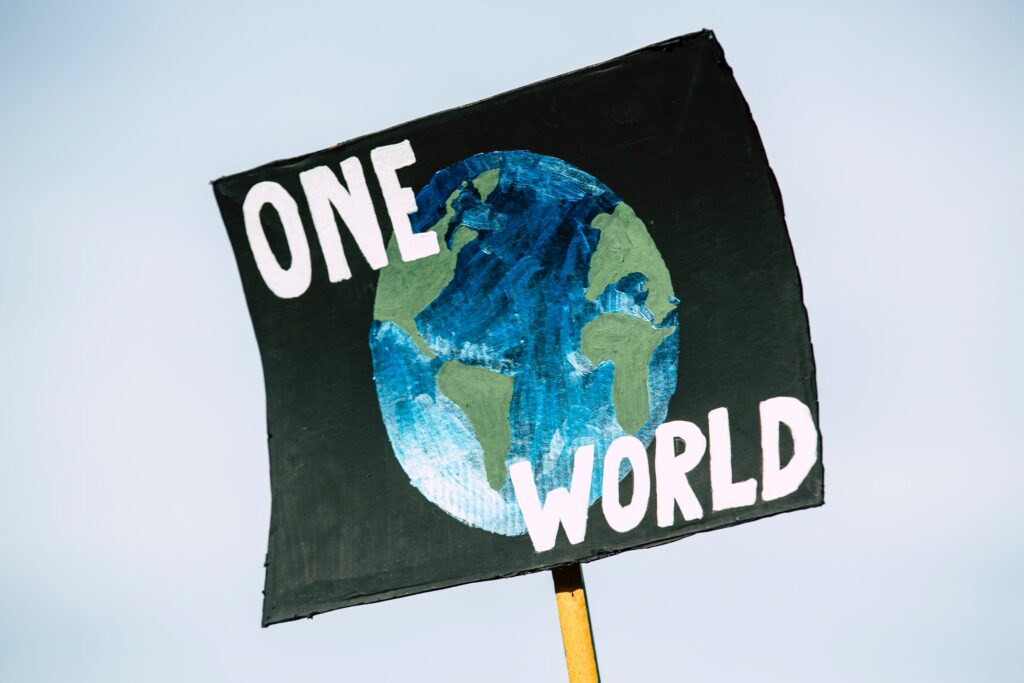 In my early 20s, I lived alone for the very first time. With no roommates around, I quickly realized how much trash I personally produced, so I made an active effort to go “green-ish.” Going green-ish meant making tiny changes that would help make the Earth a tiny bit healthier. I limited food waste and biked to work. During winter months, I kept my house at 55 degrees.

RELATED: What I Learned from Going Trash-Free for 3 Months

Somewhere down the line, though, I started to slip. I hit snooze until I have to drive to work. I forgot about the food in my pantry until it rotted. To be fair, I did try to keep the house under 60 degrees, but in time, my roommates staged an uprising and now the thermostat is permanently set to 65.

In an attempt to get back into the green-ish groove, I decided to make a small change or two every week to make my lifestyle a little friendlier for the planet.

I limited my food waste

I am awful at labeling my food, which is a shame since I share my fridge with roommates. I frequently find myself staring at a container of yogurt, trying to remember if it belongs to me. Often, the yogurt goes bad — a sure sign that it was mine.

Reducing food waste seemed like an easy win for my first week of going (more) green. I finished leftovers before cooking something new. I purchased ingredients for specific recipes instead of impulse buying. I even labeled items in the fridge. (OK, I only did that once, but still.)

When I did have food scraps, I shoved them in a small container and stuck it in a corner of my freezer (y’all, it keeps the fruit flies away!) until I had enough to dump into my outdoor compost bin.

Don’t have a compost bin? Keep meat and veggie scraps in the freezer. When you have a good amount of scraps, make your own soup stock.

I said goodbye to garbage bags

Get rid of traditional garbage bags. Instead of plastic, I’ve tried using paper bags from grocery stores as garbage bags. Since I compost all the food scraps and recycle everything else, I have little need for plastic bags. If you’re feeling ambitious, you can make your own alternatives. However, paper garbage bags don’t hold damp items very well. While it’s a more expensive option, you can also buy compostable garbage bags, which should solve this problem.

I love the idea of recycling. However, it’s actually the last step in the process—refuse, reduce, reuse, then recycle. What does this look like in practice? A few examples below:

I’m a vegetarian, but you don’t have to go totally meatless to do your part. Try forgoing meat or dairy a few times a week. It takes a lot of resources for a cow to travel from a farm to your plate. Stick to local meat options if you’re able. For this week’s green-ish challenge, I added a few vegan recipes, like vegan sloppy joes into my meal planning. Feeling cautious? Don’t look at it as a meat substitute—you’ll be disappointed when it doesn’t taste like meat. Instead, approach the dish for what it is — well-seasoned lentils.

I learned to fix my broken items

The buttons on my clock radio recently stopped working. The radio cost exactly one dollar, so I could have cut my losses. However, I decided I was going to fix it. Some communities offer fixit clinics— free popups where volunteers help folks repair items. As it turns out, my clock radio only needed a little rubbing alcohol applied to its innards. Keep broken items out of the landfill by repairing them. No fixit clinics nearby? YouTube is also a great resource.

I left my car in the garage

I used to bike a lot. That’s what happens when you don’t have a car. Then I moved to a bigger city that wasn’t very bike-friendly, so I got a car. You want to know an easy way to get from Point A to Point B? Driving.

I have a bike. I live within three miles of everything I need. The buses in my city are free for everyone. I have no reason to drive every day, yet I usually do. After several weeks of laziness, I finally put my car in the garage and had my sister park in front of it. It’s been more than two weeks and, while I know I’ll drive it again, I’m currently enjoying the extra exercise, the fresh air, and the chance to discover new streets in my city.

While I doubt I’ve seen my last moldy yogurt container, I’m feeling better about my carbon footprint thanks to my weekly green-ish challenges. Going green doesn’t need to be a big ordeal — it can happen one small change at a time.