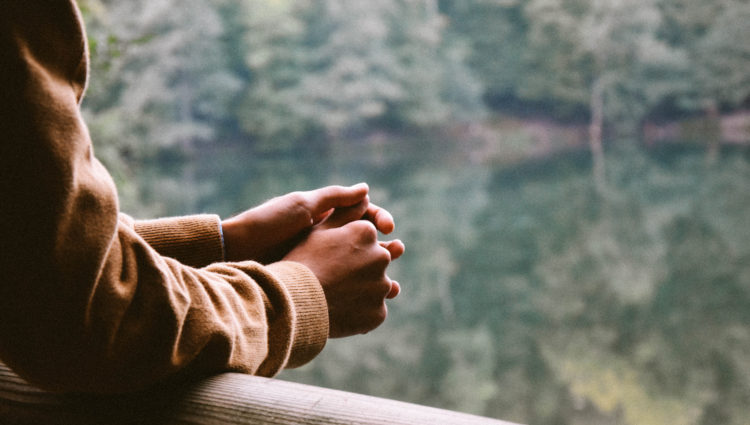 In the finale of its first season on Netflix, “Master of None” presents its main characters as seemingly desperate for a change and ready to start fresh. Rachel, played by Noel Wells, has dyed her hair blue and made impromptu plans to go live in Japan.

She tells her boyfriend Dev, played by Aziz Ansari, that “I always play it safe, and I can’t do it anymore.”

They split, and given the choice between following her and taking his own path, Dev jumps on a plane to Italy to learn to make pasta, something he only started doing recently. A fellow traveler asks him, “You just decided just like that?”

The idea that everything about your life can change for the better in an instant is intoxicating. When you hear these stories, they cause you to lean in closer and focus your attention as the clamor around you somehow goes silent.

You sit and listen to how they fell in love at first sight, or how she decided to quit her job on a whim and drive cross-country. How he woke up one morning, saw the sun, and realized something true and universal about the world and the people who live in it.

If you’ve been fortunate in your life to have been hit with this type of lightning, then kudos to you. But I think those “aha” moments of life might be rarer than they seem and less fulfilling in the long run.

Instead, I invite you to consider the greatness of the incremental.

Small, gradual change is messier and more difficult. But as the inspirational poster at your dentist’s office will tell you, it’s about the journey and not the destination. By embracing the incremental, you make the choice to put the work in each day to be a little bit better.

You do push-ups every day for a month or save a little bit of money each week. You schedule time with your significant other to build a better relationship, and you build in some quiet time throughout the day so that mindfulness and peace can find their way in.

You aim for a trajectory of growth and improvement, building a staircase toward something instead of hoping you’ll learn to fly. You seek not the quick fix, but the resolute commitment. Slowly but surely, you build a better version of yourself and move toward what you want.

On your spiritual journey, the incremental offers so much. It’s not going to give you the capital-A Answer to “What do I believe?” Instead, a more incremental approach to faith asks you where you are that day, and invites you to spend time with yourself to question, explore, and see how you think things fit together.

RELATED: Is It Time for Some Spiritual Spring Cleaning?

Easter itself is a time of renewal, both sudden and incremental. It is a time of great signs and wonders, with biblical earthquakes, great winds, and tongues of fire descending from on high. But not everything happens at once. For the disciples, it takes awhile to really wrap their heads around what has happened, and some (Thomas, I’m looking in your direction) need help getting to a place of understanding.

We’ll see soon how Dev fared in his sojourn to Italy (Season 2 hits Netflix in May), but from the looks of the trailer, it seems like his decision to jump on the plane was big-time transformational. It’s hard not to be transformed when you’re zooming around the Italian countryside on a scooter or jumping into swimming pools with your clothes on.

I think there’s a pull to want life to look like that trailer — filled with love and fun and exploration and beauty and John Legend playing piano. But lots of things work on television that don’t work in real life — exquisitely choreographed dance numbers, cool guys not looking at explosions as they walk away, surviving a zombie apocalypse.

If you have fallen in love at first sight or felt the rush of a life-changing epiphany, then I celebrate your good fortune. But if you haven’t, don’t be discouraged. Don’t stand there waiting for something to happen. Don’t get down on yourself because you can’t make a big tectonic shift in your situation “just like that.”

Put the work in and see what comes out the other side. Maybe then you’ll have your own story to tell, something that’ll make someone lean in a bit closer.