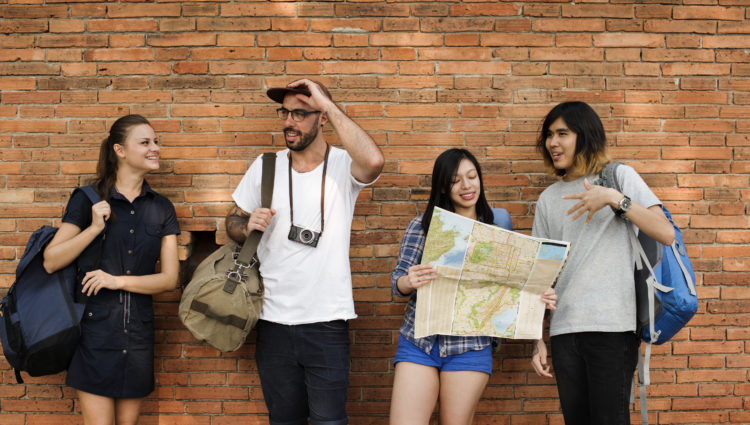 Growing up in Malaysia, I was always surrounded by people of different races and traditions, and my experience with other cultures grew deeper when I moved abroad to attend college at Cornell. Cornell was home to students from all over the world, giving me the perfect opportunity to learn about those different from me.

The first day of college was scary. I was overwhelmed by the amount of new people around, and how different they seemed from me. Hundreds of questions were running through my mind. How do I break the ice? Will I offend them by asking too many questions? Over the years, I learned not only to befriend almost anyone, but also to work to understand their beliefs. With the help of my own experience, I’ve found three ways to grow a meaningful friendship beyond cultural boundaries.

When you first meet someone from a different culture, it’s entirely normal to have a lot of questions. Don’t be afraid to ask! I remember the day I met my roommate. She was from the Caribbean, and to be honest, I barely knew anything about the region or its traditions. This made it very difficult to break the ice, and I didn’t want to be rude by asking too much about her culture. As the silence grew louder between us, I decided to just ask, even though I worried about seeming stupid. Guess what? She didn’t judge me at all. In fact, she was happy that I was making an effort to get to know her. The next time your head is buzzing with questions, just go for it and ask! You’ll be surprised at how easily people open up when you do.

2. Be accepting of differences.

As you learn more about your new friends, you may find yourself disagreeing with some of their beliefs or practices. It’s okay to have these differences, but avoid the temptation to criticize. As a Hindu, I grew up not eating beef for religious reasons. In Hinduism, the cow is respected as a symbol of life and may never be killed. In college, I stayed in a house with 14 girls, and I was the only international student. The rest of my housemates were Americans and most of them ate beef. As you can imagine, our shared freezer was often stocked with meat. Although I didn’t eat it, I accepted that my friends were from a different culture, where meat is a staple part of the diet. Similarly, my housemates respected my beliefs and always ensured that there was an alternative whenever they cooked for our gatherings. We chose to accept our differences, which made living together so much easier!

One of the fastest ways to learn about another culture is to step out of your comfort zone. During my sophomore year, I applied to join a volunteer mission organized by the Jewish Farm School. My friends were surprised by this decision, as I knew very little about Judaism. The program focused on using food and agriculture as tools for social justice, but at the same time, also emphasized spiritual mindfulness and skill-based Jewish agricultural education. I was very nervous going into the program, as I did not really know any Jewish people and had no knowledge of their cultural beliefs. As it turns out, I had no reason to be afraid! The group was accepting and patiently guided me along on all the activities. At the end of the week, I even learned to make Challah bread and celebrated Shabbat with them. I can still remember the beauty of the candles and peaceful songs we sang together. Had I given in to my nerves and not applied for the program, I would have missed out on getting to know some of my closest friends.

Today, I am proud to say that most of my friends are from different cultures, races, and religions than me. By befriending people across cultural lines, I have learned to be open to diversity and accepting of new experiences. Diversity is a beautiful thing; one that should be celebrated, not feared. Exposure to different beliefs and traditions will only make you a kinder and more tolerant person to be around, so don’t be afraid to try.