A Friendship Across Generations 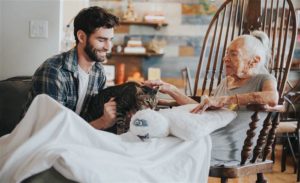 Chris Salvatore and Norma Cook lived across the hall from each other for years, but when 89-year-old Norma was told she could no longer live alone, the pair became roommates. Chris, a 31-year-old actor, raised more than $50,000 via GoFundMe to help Norma with medical costs, but when the money started to run out, Chris invited Norma and her cat Hermes to come and live in his home. Norma, who has no children or close family, has said that Chris is the grandson she never had. As for Chris, he considers Norma to be his best friend. Read more.

Charities Collect Metro Cards for the Homeless After Inauguration and Marches

After the Inauguration and the Women’s March on Washington last week, two local D.C. charities came together to collect SmarTrip cards and distribute them to local homeless men and women. So far, Martha’s Table and Miriam’s Kitchen have collected 1,368 metro cards from out-of-state marchers who were no longer in need of transit fare post-Inauguration weekend. The two groups expect more metro cards to arrive via mail, and the collection will be ongoing. “Transportation is expensive,” Ryan Palmer of Martha’s Table said. “For some people, every little bit helps.” Read more. 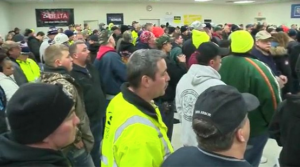 With the water crisis in Flint, Michigan, still ongoing, more than 300 plumbers volunteered their time to install free water filters for residents. The city’s been struggling with high levels of lead in drinking water, which can lead to severe health conditions, since 2014. The filters – and labor – were a welcomed reprieve. Local official Harold Harrington welcomed the plumbers to town, telling the crowd, “We did not cause this American tragedy in Flint, but we certainly can help correct the damage that has been done!” Read more.

After a fire destroyed the backroom of El Moro Spirits and Tavern in Denver, Colorado, employees assumed that they would be out of work. However, the management had other ideas. Instead of laying off the entire staff, the management decided to pay their regular wages to go out and volunteer in the community, with the understanding that they would return to their real jobs once the restaurant reopened. When the restaurant reopens, they expect nearly all of their staff to return. Read more.

When Sparsh Shah sang “The Star-Spangled Banner” before the New York Knicks game January 21, he moved the crowd in Madison Square Garden to tears. The middle schooler has fractured 130 bones in his short life as a result of brittle bone syndrome. However, nothing can stop him from singing. Sparsh said that performing before the Knicks game was something he could have never imagined happening. Sparsh is not only a talented singer, but he has also written 13 songs and has his own YouTube channel. Read more.