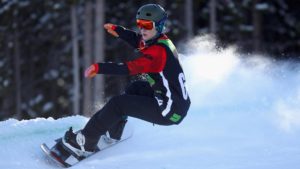 Brenna Huckaby, an American snowboarder who will compete in this year’s Paralympic Games in Pyeongchang, is a true inspiration.  Huckaby, a star gymnast before losing her leg to cancer, found that gymnastics was hard for her post-surgery. So, she set her sights on something new — discovering her snowboarding talents while traveling on a rehabilitative ski trip. She says it was the first time that she felt like herself again. Now the athlete, who is also a mother and a part-time college student, is dominating the slopes. How’s that for a role model? Read more.

Alexis Ohanian Sr, Serena Williams’ husband, is redefining #RelationshipGoals with his latest gesture. On Tuesday, he sent out a tweet showing off the four billboards for his wife alongside I-10 in Palm Springs near the sports complex where Williams will compete in March. The billboards feature pictures of the couple’s daughter Alexis Jr and proudly proclaim Williams to be “Greatest Momma of All Time: G.M.O.A.T.” Williams will see the signs as she drives to the BNP Paribas Open, her first tennis competition since having Alexis Jr in September. Read more.

If you’re looking for restaurants in the Boston area, be sure to check out the Yelp reviews from Taryn Snyder’s third grade class that include lines like: “The macaroni and cheese is delightful. It is always hot and cheesy.” Which, to be fair, already has me sold on the mac and cheese. Snyder’s students are learning how to write opinion pieces and justify their arguments. What better way to learn than having a real world impact? Five stars for these kids. Read More. 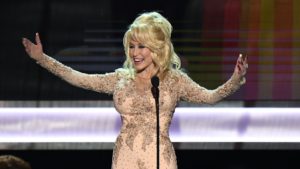 What building has the most stories? A library! And that’s certainly true of Dolly Parton’s Imagination Library, which just donated its 100 millionth book to the Library of Congress. The Imagination Library isn’t actually a building, it’s a program that Parton started in 1995 to send free books to children from birth until they started school, regardless of the family’s income. The singer says her father’s illiteracy inspired her to start this program. Within its first 10 years, the program collected one million books. Parton then expanded the project to have a global reach, and it’s now at 100 million books and still collecting! Read more.

There’s a certain nostalgia to have a milkman deliver milk to your door in those iconic glass bottles. Well, London customers are bringing the glass bottles back in a big way. In an effort to cut down on plastic waste, there has been an uptick in ordering milk in glass bottles. Milk companies attribute this spike in popularity to David Attenborough’s “Blue Planet II,” a popular nature documentary on the BBC. Since the beginning of the year, there has been a serious increase in customers asking for milk delivered to their doors, with almost 90% of these new customers requesting glass bottles. Moo-ve over plastic, because it looks like glass is here to stay. Read more.