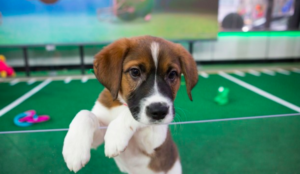 This Sunday, millions of viewers will tune in to watch the Super Bowl. But if football, the Justin Timberlake halftime show, or commercials aren’t your thing, you may want to tune into Animal Planet’s Puppy Bowl. This year the players of #TeamRuff and #TeamFluff are made up of a record-breaking 89 pups from 48 shelters, including shelters that were affected by natural disasters in 2017. Fortunately, all of the puppies participating in the Puppy Bowl are up for adoption! Don’t fur-get to tune in for this pawsome event! Read more.

Do You Know the Muffin Man?

National Muffin Day might be best holiday you’ve never heard of. Five years ago, baker Jacob Kaufman created this unofficial holiday to help spread love to the local homeless population in San Francisco. The day falls on the last Sunday of January, when people organize to bake muffins to give out to homeless men and women. For every person who bakes and hands out muffins, Jacob donates $10 to Project Homeless Connect. “The anti-homeless sentiment and lack of empathy made me uncomfortable and I wanted to do something about it,” Jacob said about his inspiration to start National Muffin Day. This year was the most successful National Muffin Day yet, with 210 people participating and a total of about $6,000 donated to Project Homeless Connect. Read more.

For the past 26 years, New Jersey busdriver. Gary Kelmer has been shuttling kids to school safely and teaching them about his favorite football team, the Philadelphia Eagles. Kelmer is so beloved by everyone on his route that his passengers decided to show their admiration with a gift of Super Bowl tickets so he can see his favorite team play. Amy and Izaak Smith, parents of two regular passengers, originally started the GoFundMe campaign that drew donations from people across the country, including some who remembered “Mr. Gary” driving them to school 20 years ago. They raised enough money to pay for tickets and a hotel room for Kelmer and his wife, along with a new Eagles jersey for Mr. Gary to proudly wear at the game. Read more. 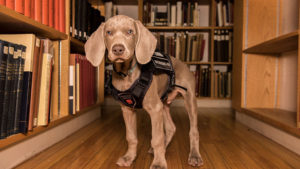 The Boston Museum of Fine Arts has an exciting new hire, a 12-week-old Weimaraner pup named Riley. Riley’s new job is to sniff out bugs and other critters that could harm the priceless pieces of art in the museum. Bugs and pests are some of the biggest threats to all museums, so the MFA  decided to try this new kind of pest control. While they don’t know if it will work, they’re hoping for success, since  a dog’s nose is very powerful. If Riley is successful, more dogs might be popping up in museums that have textiles they would like to protect. Read more.

In case you haven’t gotten the memo already, Minnesota is cold. But the people visiting Minneapolis for the Super Bowl this Sunday (when the high is projected to be 3 degrees) might not be accustomed to dressing for such extreme temperatures. So the children of Franklin Middle School posted a little reminder about how to dress for the cold weather in the form of a song. The song, appropriately titled “Coats, Hats, and Gloves,” had the kids singing a catchy tune about remembering your winter wear while they danced around in the snow. The song has already accumulated more than 220,000 views since Monday. Read more.