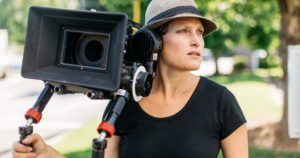 For the past 89 years, the only people nominated for Best Cinematography at the Oscars have been men, but this year, things are changing. Rachel Morrison is the first woman to ever be nominated in the category for her work on the movie “Mudbound.” Morrison, who just finished working on Marvel’s “Black Panther,” also made history earlier this month when she was the first woman nominated for an American Society of Cinematographers Award for outstanding achievement in a theatrical release. “I am certainly grateful both for the opportunity to be the first on the platform and really hopefully, it inspires young women to follow their dreams and get in the camera department and become cinematographers,” Morrison said after her nomination was announced on Tuesday. Read more.

If you’ve been to a Snoop Dogg or WuTang Clan concert, you may not have noticed her, but sign language interpreter Holly has been there, signing along to every song for deaf audience members. Holly doesn’t simply sign the words of each song, she moves her body in ways to convey the message for each different song. “The way in which you’re moving your body or tilting your body, conveys a lot of different power dynamics which hip hop is big about,” Holly said. Before every show she interprets, Holly researches the artist’s life and the meaning behind each song so she can more accurately interpret them. A lifelong lover of hip hop, Holly is happy that her work as an interpreter means that deaf audience members can also enjoy the show. Read more.

Back in December, one fifth grade boy told his principal at Truesdell education campus that his standardized test scores in English didn’t reflect his actual abilities. The principal gave the boy and two others “Bad Boy: A Memoir” by Walter Dean Myers, and then their friends wanted to read it too. Assistant Principal Michael Redmond decided to use this enthusiasm for a single book to start an all-male book club, with the purpose of reading books with characters who look like the boys, getting boys invested in reading, and breaking down the stereotype that black boys don’t read. “The books we read here, we can relate to,” book club member Devon Wesley said. Due to the popularity of the boys book club, a club for girls has also been started at the school. Read more. 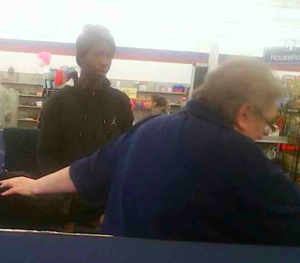 Frederick White was looking to do something good for his community, so the 19-year-old went to his local Goodwill to buy winter coats for homeless men in his area. While standing in line, a local man named Jim Glasgow struck up a conversation with Frederick because he was intrigued by the amount of coats in the young man’s arms. When Frederick explained what he was doing to Jim, Jim was stunned. Unbeknownst to Frederick, Jim took a picture of him at the check out and sent it to his daughter Haley, who then posted it on Facebook with the explanation of the good deeds Frederick was doing. Frederick’s story has gone viral, hopefully inspiring others to help the homeless this winter. Read more.

You don’t need to be Cinderella to get your dream dress for the dance. After Betty Vitale’s daughter died in 1996, she channeled her grief into a positive outlet. She founded a donation service called Tammi’s Closet that gives free prom dresses to girls who cannot afford them. While in its first year only 17 dresses were donated, Betty now has a selection of more than 900. What’s next? Vitale hopes to open a temporary storefront to make the dresses more accessible and provide more gowns this year. Read more.