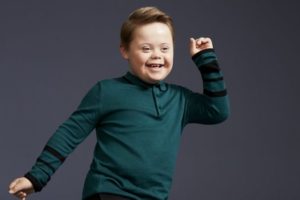 Joseph Hale, an 11-year-old boy with Down syndrome, struck a pose and began his first modeling job for London-based River Island’s children’s clothing line. The company wants to “portray a diverse group of children” in its advertisements so that a wider audience feels included. Hale is excited about his photos, and has showed them to his friends. He enjoyed modeling and said, “It’s really good. I had to pose, we had our hair and makeup done, and I wore magic shiny shoes.” River Island’s inclusive modeling aims to make others, like the young model, feel more accepted in society. Read more.

Tesla is following through with its CEO Elon Musk’s (tweeted) promise to help Puerto Rico recover after the devastation of Hurricane Maria. The company’s solar team has plans to outfit P.R. with power facilities that can not only generate solar power, but also can store reserve power for when the existing grid is down. Hospital del Niño is the first facility to receive Tesla’s backing, but it appears more are on the way, as Tesla has postponed their semi truck reveal to focus their efforts on relief, as well as Musk donating $250,000 of his own personal money to help the island. Read more.

“James Dean” of the NICU

Dr. Scott Witt is the director of the NICU at the Sutter Santa Rosa Regional Hospital in Santa Rosa, California. In the midst of recent wildfires, Dr. Witt received a 2 a.m. phone call that the hospital, housing eight preemies in its Neonatal Intensive Care Unit, was in danger of being overcome by the flames. When he found that he was unable to reach the hospital in his truck, Dr. Witt hopped on his motorcycle, weaving through fire, traffic, and flaming debris in order to prep the preemies in his care for evacuation. Once evacuated, he followed their ambulance all the way to their temporary home at another local hospital. “I felt the babies needed me,” Dr. Witt said. Read more. 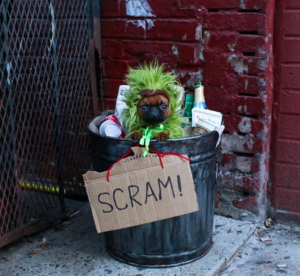 It’s the most wonderful time of the year (for dog lovers). This past weekend, Tompkins Square Park in the East Village of New York City hosted their annual Halloween dog parade. The “largest dog costume parade” in the world (according to CNN) definitely lived up to the hype. More than 25,000 humans and 500 puppers showed up to see who would win the coveted prize – Hamilton tickets. And while there were many strong contenders – Oscar the Grouch, Barbie in her own pink car, a small potted plant garden – the winner was an excellent doggo in an NYC double decker sightseeing bus. Read more.

This week, New York City libraries are practicing a bit of forgiveness. NYC libraries have a policy in place where patrons who owe more than $15 in late fees are blocked from borrowing more books until they pay their fines. Unfortunately, this has left 160,000 children, most from the poorest neighborhoods in the city, with suspended privileges. However, that all changed this week with the library offering a one-time amnesty, funded by the JFB Foundation, forgiving all fines and un-blocking all cards for kids 17 and under. The president of the New York Public Library says that this “is a dramatic way to message to kids and young adults that we want you back, and we want you reading.” Read more.