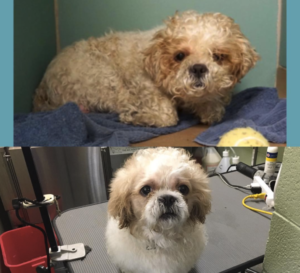 There’s nothing like a fresh new ‘do to get you looking (and feeling) your best. New York City’s own Mark “the Dog Guy” Imhof thinks that’s the case for our furry friends as well, and he’s doing something about it. After he and his fiancée found that their shelter dog’s mood improved dramatically once they bathed her, the groomer by trade decided to donate his time and energy to grooming shelter dogs up for adoption, free of charge. Now, pets look their best when the go home with their new owners. Read more.

The Cluett family found themselves stranded in the Scottish highlands after their canoe washed away during a vacation to a remote cottage. With four small children, a three-mile walk back to their car hardly seemed viable. The parents contacted police, who arranged for the next passing train to make an unscheduled stop to pick them up. To their surprise, the train was none other than the Hogwarts Express, which was used in the “Harry Potter” films. The train, AKA The Jacobite, is used on the West Highland Railway Line in Scotland when it’s not busy being featured in movies. Despite the loss of their canoe, Mr. Cluett recalls from the adventure the “big smiles on the kids faces.” Read more.

Five-year old Sunshine Oelfke always wanted a snowmobile. She saved her money in a piggybank to achieve her dream – that is, until she discovered her school mate could not afford milk at lunch. The next night, Oelfke emptied her piggy bank to give her friend her savings. Eventually, her kindness spread to other classmates who also could not afford to buy milk. She and her grandmother launched a GoFundMe page to help raise milk money for the rest of the school year. So far, the campaign has raised $6,000. Read more.

Worth a Thousand Words 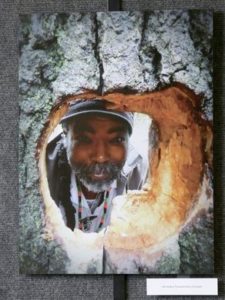 A digital camera and a little instruction has done a world of good for homeless veterans in Milwaukee. An outpatient therapy program using photography at the Milwaukee VA Medical Center started earlier this year, and so far, nine veterans have benefited from the instructional sessions and opportunities to practice photography in the surrounding area. “It gets me out, and I socialize more,” remarked a participant, a veteran of the Marines. “Photography is a great stress reliever.” The resulting photos are a delight to the eyes, and the stories of renewed pride, happiness, and recovery are a delight to the heart. Read more.

Celebrity chef and food critic Guy Fieri is best known for his energetic personality and similarly wild sense of style. However, in the wake of recent wildfires in Santa Rosa, California, where Fieri himself lives, he’s added truly selfless service to his résumé. After many lost their homes in the fires, and Fieri evacuated his own home, Fieri and the Salvation Army set up a kitchen in a local community center, serving up some of his signature dishes to residents left ill at ease in the midst of the disaster. “It’s terrible in so many ways,” said Fieri, “but it’s wonderful to see great people coming together.” Read more.