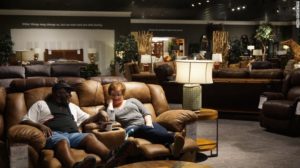 Gallery Furniture owner Jim “Mattress Mack” McIngvale and his employees have been doing everything they can to help those affected by Hurricane Harvey. McIngvale’s store, located just outside of Houston, has become a shelter for those displaced by the storm. He even took his generosity one step further, using the store’s furniture delivery trucks, which could easily make it through the high water, to rescue people and bring them to the safety of Gallery Furniture. McIngvale rescued over 200 people, and plans to let them stay as long as they need to. Read more.

It’s impressive for any siblings to receive admission into the prestigious Yale University. It’s even more impressive when those siblings are quadruplets all admitted the same year. This week, the Wade quadruplets, Zach, Aaron, Nick and Nigel, began their freshman year at Yale. While they’ll be attending the same university, the foursome will branch out on their own –  different dorms and majoring in different subjects, from neuroscience to chemical engineering. While their parents are happy they’ll have each other, the boys are all ready to form their independent identities. And if they happen to see each other around campus? “We’ll, like, acknowledge each other’s presence.” Read more.

Sisterhood of the Traveling Wedding Dress

This real-life version of “Sisterhood of the Traveling Pants” is better than fiction. Nebraskan Dawnetta Heinz, 22, recently started packing for a move when she came across her wedding dress from July 2016. Heinz had a realization: “I’ve been less fortunate before, so I want to help anyone who has been in that position.” In a facebook post, she offered to donate the dress to a bride-to-be in need, and then came up with the idea to continually pass the dress down to future brides. The plan has been a hit thus far, with many brides sharing their gratitude for the wedding wear. She hopes the tradition can continue for the foreseeable future. Read more. 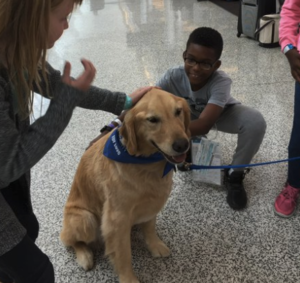 If you get anxious before flying, there might be a cute and furry solution coming soon to an airport near you. Over 30 airports across the U.S. now offer trained therapy dogs to help calm down passengers before they board a flight. Many studies have shown the health benefits of dog-human interaction, so stressed or upset patrons should head right toward the pups with vests labeled “pet me.” And dogs aren’t the only ones getting in on the action — therapy pet programs featuring miniature pigs have started to pop up at various airports as well. Read more.

Cajun Navy to the Rescue

Louisiana residents are using their experience with flooding to help victims of Hurricane Harvey. The Cajun Navy, a grassroots volunteer group born out of 2005’s Hurricane Katrina, have gone all out to help rescue all those stranded in Houston. The group includes 1,000 members with boats of their own, and these volunteers ventured out during the peak of the storm to help save people waiting for rescue. One Houston resident was moved to tears by their actions, saying “They’re strangers, and they’ve left their families, left their homes, spent their money to be here. It humanizes this experience so much for me to see these people selflessly come over to help.” Read more.