8-Year-Old is Youngest Ever to Conquer Kilimanjaro 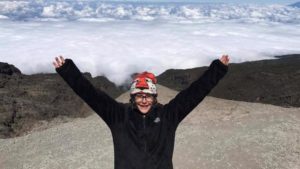 The summit of Mount Kilimanjaro, reaching 19,000 feet in the air, is where 8-year-old Roxy and her 10-year-old brother Ben overcame the obstacles of their heart conditions to conquer the summit. Typically, only the most experienced adventurers dare to take the five-day hike, but Roxy and her family were actually just having their first camping experience! The family had been avid hikers while living in Arizona, but they had only been able to practice climbing stairs after moving to the flatter terrain of Florida. The family’s doctor cleared the two children for the strenuous hike. While climbing the tallest mountain in Africa was thrilling, Roxy and her family are planning to take a break before conquering their next summit. Read more.

Ben Velzian was asked on a first date. Then he was asked where he would like to go on a first date. So, Velzian decided to go the extra mile and made a complete Powerpoint presentation of options where their first meetup could possibly be, how they would meet, what were the pros of each choice, and what were the cons. He then presented his masterpiece to the man who had asked him out. After seeing the Powerpoint, the man promptly blocked Velzian from his phone. Ben had gone above and beyond! Although he didn’t go on the date, he did dazzle the internet with his passionate Powerpoint. Read more.

From Stadium to Safe House

The amount of money spent on Olympic venues can be quite monstrous, so it’s a good thing , Montreal, Canada is putting its old stadium to good use. The country has taken the Montreal Olympic Stadium and turned it into a refugee welcome center. Refugees who were previously living in the United States have fled to Canada following the Trump administration’s calls to reduce the number of refugees and immigrants entering the country. Countless volunteers from the Red Cross have prepared the stadium for more newcomers, hoping it will be a refuge. Read more. 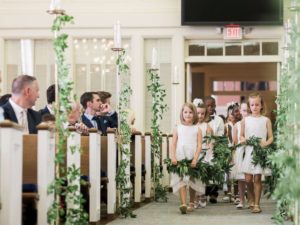 Kindergarten and first grade teacher Marielle Slagel Keller planned her wedding a little differently than most when she decided to invite 20 of her 6-year-old students to be ring bearers and flower girls in her wedding. In June, her students dressed in white and paraded down the aisle with garland. Most were attending a wedding for the very first time, while others shielded their eyes while the couple kissed. The new Mrs. Keller said including the children in her wedding “meant everything” to her. The children capped off their day with tasty cupcakes. Read more.

‘Game of Thrones’ Saves a Farm

When hard times came upon Kenny Grace and his farm in Northern Ireland, he had no idea that every cow, sheep, and pig he raised would become TV stars. Just when Grace needed it most, the hit HBO series “Game of Thrones” asked if he would supply every animal (besides dragons) for their fantasy sets. Grace hailed it as nothing less than a godsend and now gets to keep raising and caring for the four-legged superstars he holds so close to his heart. Read more.