Boy Raises Money to Buy His BFF a New Wheelchair 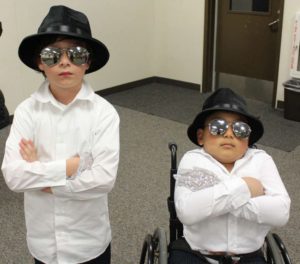 Eight-year-olds Paul Burnett and Kamden Houshan have been best buds since kindergarten. Although a tumor left Kamden wheelchair-bound from a young age, Paul has never treated him differently for it. The wheelchair did become a problem, however, when it would sometimes cause accidents during their playdates. During the boys’ trip to a farm, the wheelchair broke, which created a problem since Kamden’s health care only pays for a new chair every five years. Paul swiftly came to the rescue, asking his mom to start a GoFundMe page to raise money for a customized wheelchair for his best friend. The campaign raised $5,455, surpassing its $3,900 goal.The two friends will be enjoying exciting playdates again in no time. Read more.

Since the passing of his wife, Ed Johnson has made a daily routine of stopping by the Whataburger in El Paso, TX for breakfast, but on the morning of his 80th birthday, he was in for quite a surprise. A cake, balloons, and a number of his Whataburger pals accompanied his usual morning breakfast. Johnson’s friendly personality has made him well known in the restaurant, so when the manager heard of his approaching special day, he started planning. The picture of Johnson sitting behind a birthday cake that read “#1 Customer” quickly went viral, making it quite a day. Read more.

The latest Girl Scout badges highlight what young girls are capable of doing in the world of math, science, and technology. Building robots, learning computer code, and studying conservation efforts are just a few of the ways scouts can earn one of the new badges. These 23 new awards come shortly on the heels of scouts having the opportunity to earn their cyber security badges. The Girl Scouts hope that this effort will further encourage young girls to pursue studies and careers in STEM fields. Read more.

Daughter Gives Parents the Wedding Album They Never Had 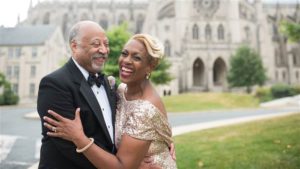 For the past 38 years, Jennifer and Timothy Bruce had happy memories of their wedding day, but not a single photo to show from it. Shortly after the couple deposited their photos for development at a pharmacy, the store tragically burned down. For their anniversary, their daughter Ashleigh is giving them the wedding album they never had. Ashleigh reserved a tuxedo, two dresses, and a professional makeup artist for a surprise photoshoot for her parents. It’s easy to see from the new photos that the couple is just as happy now as they were on their wedding day. Read more.

The feeling of meeting your life-long hero can be overwhelming, so much so that it brought this young Wonder Woman fan to tears. Dressed from head to toe in Wonder Woman cosplay, the little girl was starstruck to meet Gal Gadot, and the video of the encounter has gone viral. Gadot signed a poster and comforted her #1 fan who could barely speak. One can only imagine the excitement the little Wonder Woman then had when Ezra Miller, who stars as The Flash in “Justice League,” invited her to join the Justice League whenever she felt ready. Read more.