Injured Bald Eagle Is Pulling Through 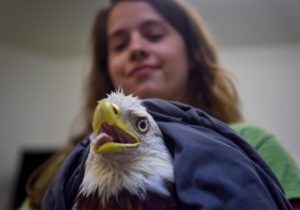 A bald eagle that survived a tumultuous storm in Washington, D.C., over the weekend was found in poor condition and unable to fly. Fortunately, help was on the way. The bird, believed to be the famous local bald eagle named Justice, was transported to Delaware for treatment and found to be in stable condition. The bald eagle is expected to make a speedy recovery. This happy ending is also a sign of a larger regrowth of the species; in 2007 they were taken off the endangered species list. Scientists believe the population is now up to 10,000 and growing. Read more.

Cops Have Fun in the Sun

When North Carolina cops responded to a disturbing the peace complaint, they were a bit surprised to see that the culprits were laughing children, diving down a slip and slide. With a long and brutally hot day of work behind them, the officers couldn’t resist joining in on the summer fun. Sliding down a river of ice cold water looked so enticing that the two officers actually asked a neighbor for some tubes and a garbage bag so they could slip and slide alongside the kids. When the video made its way back to the police precinct, the entire department was thrilled to watch it — and a little jealous. Read more.

The city of Visalia, California, almost went without its fireworks celebration this year, until it was rescued by the Sikh religious community and their $10,000 donation to fund the Independence Day fun. Sikhs represent the world’s fifth largest religion, and there are a half million Sikhs living in the United States. Sikh businessman Amritpal Singh alerted the larger Sikh community to the town’s need. His simple reason for wanting to help out: “This is the story of America. We want to give to the people who need the most.” Read more. 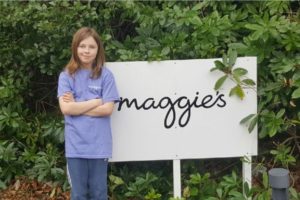 Despite some snickering from peers at school, Josh Scott-Hill, 11, has been growing his hair well past his shoulders for the past 18 months, intending to donate his long locks to child cancer patients. After seeing a friend’s mother lose her hair from a  cancer treatment, Josh made up his mind to grow out his hair for the Little Princess Trust, which makes wigs for children with cancer. Josh is hoping to inspire others to lend a hand (or some locks) to those in need: “I hope other children will realize they can do it too.” Read more.

100–Year–Old Volunteer Inspires Us All

Harold Hager only had one wish for his 100th birthday: to help build homes for the homeless for five more years. With no signs of slowing down, that wish looks like it will come true. For the past several years, Hager has spent his retirement clocking more hours at Habitat for Humanity than any other volunteer. At 20 hours a week, helping to change families’ lives for the better has made his retirement quite fulfilling. Read more.