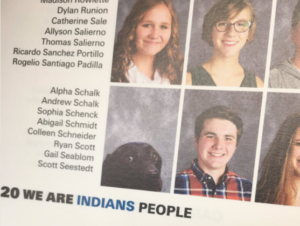 Alpha is a 4-year-old service dog who attends school with his human, Andrew Schalk, every day. A good doggo, Alpha has saved Andrew’s life on many occasions by alerting Andrew, who has Type 1 diabetes, to whether his blood sugar is too high or low. Because of Alpha’s perfect attendance record, Andrew believed that Alpha deserved a spot in the yearbook. The yearbook staff and teachers agreed, and Alpha was pictured right beside Andrew. When the image was posted on Twitter, it went viral, because, really, who could resist that face? Read more.

Tateh Lehbib Breica is a Sahwari refugee living in a camp in Tindouf, Algeria, and using some serious architectural innovation to help his fellow refugees out. Refugees’ homes in the Algerian camps have traditionally been easily destroyed by the elements; tents and adobe brick mud do not hold up under heavy rain or wind storms. Breica came up with the idea to begin building homes using plastic bottles filled with sand. The circular shape of the new plastic homes makes them more aerodynamic against the wind, and the plastic itself is extremely durable, given that many scientists estimate that nature can never fully break it down. They’re good for the environment and for their occupants! Read more.

Marty O’Connor knew he wanted to finish college despite becoming a quadriplegic after falling down the stairs, but was unsure how, given he could no longer take notes or do classwork. His mother, Judy, stepped up to the plate, attending every class at Chapman University Justin needed to receive his MBA. Next to him, she became his “hands” and helped him take notes and complete classwork. When Judy wheeled her son on staged to receive his diploma, she received a surprise: She was given an honorary MBA in recognition of her hard work. The two received a standing ovation from the crowd. Read more.

No Girl Squad, No Problem 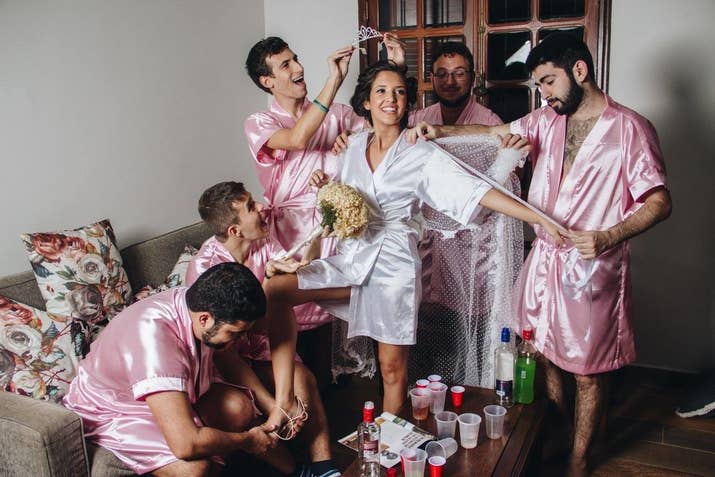 24-year-old bride-to-be Rebeca Sinohara was worried about her wedding photos. She couldn’t take cute photos getting ready with her girlfriends since, as an engineering student, her closest friends were all guys. So she decided to get creative! Sinohara created an impromptu photoshoot using her bros as bridesmaids. Her five closest guy friends dressed up in pink robes in a series of hilarious pictures. Sinohara loved her photos, and the internet did too! Read more.

Upon seeing the aftermath of the tragedy in Manchester this past Monday, one homeless man leapt into action to help wherever he could. Stephen Jones was sleeping near the Manchester Arena when he heard the explosion. He proceeded to run inside the arena to help the victims with their injuries. Many were touched by Jones’ story, and he has since received more than $80,000 is fundraising efforts to help get him back on his feet from those he inspired. West Ham United Football Club co-chairman David Sullivan and his son, Dave Jr, decided to pay six months worth of rent for Jones. Jones remains humble, saying that anyone in his position would’ve done the same. Read more.