Mother Overcomes Breast Cancer and Graduates College Alongside Her Daughter 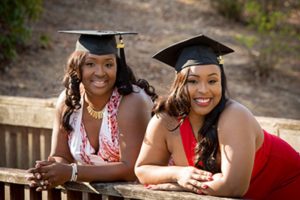 Tasha Oliver started her career in the U.S. Army, but became dissatisfied with her career after leaving the military. She took action, enrolling in Clayton State University. However, due to two battles with breast cancer, when Oliver was physically able to begin undergrad, her daughter, Cierra Patterson, was also the age to begin college. Patterson said studying alongside her mother as a health care management major helped her take school more seriously, as the two took classes and did homework together. Both will be graduating this May, and then heading on different paths: Oliver will pursue a master’s, while Patterson wants to become a nurse. Read more.

The Indian city of Kochi is proactively working to end prejudice by reaching out to the hijra community, an Indian community of trans women who have routinely been mocked and discriminated against, and offering them jobs. The Kochi Metro Rail has hired 23 members of the hijra community, who have been given jobs serving passengers and selling tickets. Kochi Metro Rail is doing this as part of an initiative to make the company more inclusive. The project also works to end prejudice by bringing trans people into the “mainstream” and integrating them within society. Recruits have talked about how “comfortable” they feel in their new work environment, with one woman, Vincy, stating, “Kochi metro is the first company in India to accept us. It is a huge achievement for us.” Read more.

It doesn’t seem like calling off a wedding can possibly lead to a happily ever after (unless you’re in Mariah Carey’s “We Belong Together” video, of course). However, Jenna Yorkovich made the decision “to turn one love story into another” after canceling her wedding and donated her reception space and food to Ronald McDonald House families and volunteers. One-hundred fifty people attended the celebration at Nicollet Island Pavilion in Minneapolis. Yorkovich called the situation “meant to be,” saying, “I see on a daily basis how incredible [Ronald McDonald House] is for so many families with children in the hospital,” said Yorkovich. “It just so happened to be volunteer appreciation week when I called.” So she made the call to listen to fate and turn a sad story into a heartwarming event of appreciation. Read more. 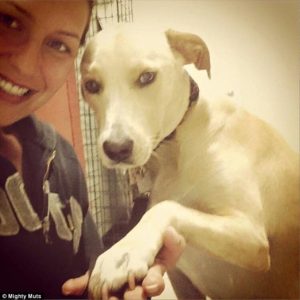 In 2015, Lana the Labrador was named “the saddest dog in the world” when a picture of the pup looking depressed in her kennel after her foster family returned her went viral. She found a new home soon after when more than 4,000 applications came into the Canadian non-profit Rescue Dogs Match requesting to adopt Lana. However, after being adopted for a second time in 2016 the 2-year-old pup was returned again a few months later. Lana’s recurring issue is her tendency to guard her food. Rescue Dogs Match was worried for her future, as they only had room to house Lana until May 20. Fortunately, a new foster family has stepped up and will bring Lana into their home and put her through a training program to help work on her remaining behavioral issues. Hopefully, this will be Lana’s furever home. Read more.

When Ding Ding nearly suffocated at birth, doctors, and even his own father, suggested giving up the baby, as Ding Ding’s resulting cerebral palsy would be a burden on the whole family. His mother, Zou Honyan, refused to give up on her disabled son. She divorced Ding Ding’s father, and began working several jobs to support the family. She refused to let Ding Ding’s condition hold him back. When his motor skills prevented him from using chopsticks easily, she worked with him for hours  to help him grasp the skill. Twenty-nine years later, Zou’s persistence has shown to be truly worth it: After graduating from Peking University’s Environmental Science and Engineering School and gaining a master’s degree at the university’s International Law School, Ding Ding was admitted into Harvard to continue his studies. Ding Ding has called his mother his “spiritual mentor.” Aw! Read more.