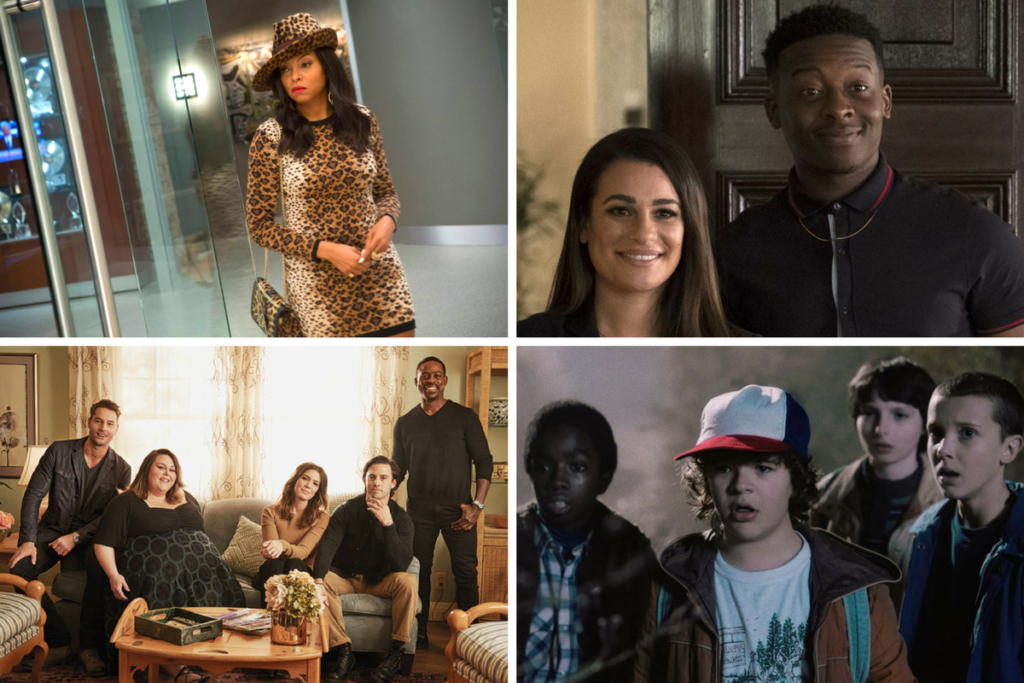 Nobody likes to think about summer coming to an end, but the one positive side is that we’re  just a few short weeks away from the fall TV season! If you’re wondering when your favorite shows return and what standouts to look for this season, we’ve got you covered. If TV is what gets you through a hectic and stressful week, keep this fall TV preview handy. You’ll never know what life lessons you’ll catch while you’re tuning in!

The Emmy-nominated show is heading into its sophomore season. Actors Jon Huertas (Miguel) and Alexandra Breckenridge (Sophie) are now series regulars. Despite (SPOILER ALERT!) his death late last season, expect to see more of Ron Cephas Jones (William), who will return in flashbacks. Chrissy Metz, who plays Kate in the series, said to expect to see her character doing things she’s always wanted to do, like pursuing a singing career.  If you’ve been wondering since last spring how patriarch Milo Ventimiglia’s Jack dies—well, you’ll find out during the season premiere. On a personal note, “This is Us” has been the first show in a long time that has made me really feel certain emotions deeply, whether it be missing my family, loving my boyfriend, or remembering the deaths of my grandparents. At the end of every episode, I want to call my family and tell them how much I love them—and that’s a good thing.

Now entering its 11th season, the multi-Emmy winning series that left us with a huge cliffhanger comes back in late September, and despite the drama, Amy will in fact stay in Princeton for an academic opportunity. If you’ve wanted to catch a glimpse of baby Halley, sorry to break it to you, but the little one has been dubbed “Mrs. Wolowitz 2.0” and will only function as an off-screen voice. “The Big Bang Theory” is all about the importance of taking chances lately. If you’re going back and forth about certain life decisions, or scared of change, take in an episode. You may decide to take the plunge.

Shonda Rhimes’ long-standing drama that’s been winning Emmys since 2005 is going into its 14th season. Fans can expect to see Kim Raver return as Dr. Teddy Altman for a guest arc on the show. She might add even more dramatic flair to the show through a love triangle with Owen and Amelia. There are also rumors swirling that Bailey’s husband Ben will leave to star on the “Grey’s” spinoff series about firefighters. I stopped watching “Grey’s” after college, but once I started dating my boyfriend, I fell back under its spell. “Grey’s” is all about relationships—complicated, romantic, friendly, you name it, and if you’re interested in a show that explores them, “Grey’s” is the one for you.

I loved “Glee” and Lea Michele’s role as Rachel in the show before it ended in 2015. She’s back in a new show premiering on ABC called “The Mayor.” The premise of the show involves young rapper named Courtney Rose who needs his big break. He conjures up a publicity stunt to run for mayor of his hometown. It ends in victory, and he attempts to help the struggling city he adores. Lea Michele plays Valentina, Rose’s friend. This show sounds inspiring, and I’ve already set a reminder in my phone for October 3.

The popular music industry drama is back for its fourth season. Expect to see a crossover with Lee Daniels’ other show “Star.” Also, note the premiere time—8 p.m. The show was moved up an hour, perhaps as a nod to it being the top drama in the 18-49 demographic. If you’re a music fan, you’ll love the behind-the-scenes look at the industry. If you’ve ever considered a career in the entertainment business, you’ll want to get into this show.

Ryan Murphy’s horror anthology is back for a highly anticipated seventh season, which was announced as cult themed. The show has frequently topped the Emmy awards for makeup and hairstyling. Fans will be excited to know that “Freak Show’s” Twisty the Clown (hello nightmares!) will be returning. Murphy mentioned that this season will explore elements of the “Freak Show” season four. As of now, no additional details have been released, but we know cast members will include returnees Sarah Paulson and Adina Porter and newcomers Billie Lourd (who was a former “Scream Queen”), Billy Eichner, and Lena Dunham. There’s been a theory floating around that “American Horror Story” is based on Dante’s “Inferno” and its nine circles of hell. The show has definitely inspired me to read more classics.

The sci-fi series that took last summer (and this year’s Emmy nominations) by storm is coming back for a fall premiere on Netflix. Noah Schnapp, who played Will Byers in season one, has been named a series regular, so many are anticipating this season to be centered around the one who’s been to the strange world called the Upside Down. Expect to see just as many scary monsters and other creepy creatures as last season, but most likely no more Barb (RIP Barb). “Stranger Things” takes place in the mid-80s, but no matter how old you are, it will make you feel nostalgic for the way things were before iPads and binge-watching, which I suppose is ironic, given that is exactly what the show inspires amongst its devotees!

No matter what you choose to watch, fall TV can be a fun escape from the realities of everyday life. There’s nothing like diving into a good story after a long day!