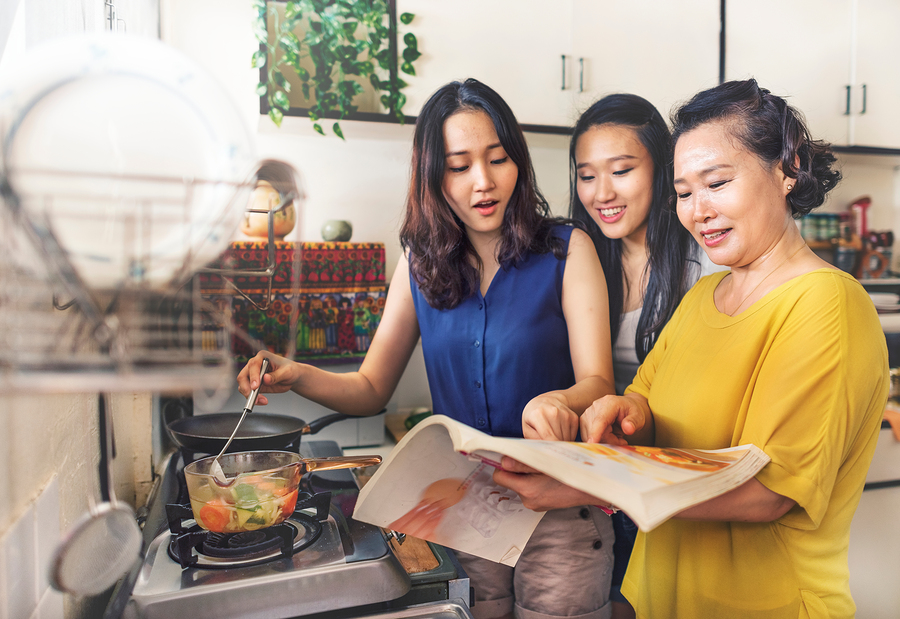 Hospitality is perhaps not the first virtue we think of when setting out on our Lenten journey. We look to more austere concepts like sacrifice, discipline, or fasting and giving.

We scour our daily lives for items that we can—and perhaps should—do without. Chocolate? Sure. That second cup of coffee? Fine. Beer? If I must.

Our attention at times is so focused on what we cannot consume—No meat on Fridays? How about lobster?—that the very idea of hospitality seems misplaced.

After all, the season of Lent is frequently spoken of as our time in the desert. And what’s more hospitable than a desert?

So, then, is hospitality also something that we’re called to give up during Lent? I think of dinner parties that my wife and I host where there is plenty of good food, a full fridge of beer and some fudgy dessert—and sometimes they don’t feel appropriate during these 40 days.

But perhaps it’s not hospitality we’re called to set aside during Lent but simply our understanding of it.

Lenten hospitality, we might say, is more about making room at our table than impressing people with what’s on it.

Ground nut stew is one way I embrace Lenten hospitality. It’s a simple dish that I ate during a recent trip to Sierra Leone, where I met and learned from some of the communities that receive support from Catholic Relief Services’ Lenten program, CRS Rice Bowl.

How does this simple meal signify Lenten hospitality?

I have prepared ground nut stew countless times for my family since having returned from Sierra Leone. Every time I do, I can’t help but remember the community of colleagues with whom I ate the meal in Sierra Leone; the conversations shared among friends about how the students we were visiting in the local school reminded us of our own children, our own daughters.

Kumba is one such student. When I met her, I asked what she wanted to be when she grew up. “A nurse,” she said. “Why?” I asked. “Because nurses help people,” she replied. “I want to be a nurse here in my community because I don’t want people to have to travel so far from home when they get sick.”

Kumba was reflecting back on the recent Ebola outbreak that infected more than 14,000 people in Sierra Leone. There was not ample medical care in her small village of Sinkunia, and so her neighbors were forced to travel great distances to find help.

Every time I prepare ground nut stew to share with my family, I challenge myself to make room for Kumba at our table. For Kumba’s story. For her family, her grandmother, Waisa, and all of her peers at school.

St. Paul writes in Scripture that Jesus “emptied himself, taking the form of a slave, coming in human likeness; and found human in appearance, he humbled himself, becoming obedient to death, even death on a cross.” (Phil 2: 6—8).

This passage is key to my understanding of God. God desires a deep relationship with humanity, so much so that he gave us his only son. In Jesus, God makes room for the other, for humanity. And since we’re made in the image and likeness of God, we’re called to this, too, called to carve out space in ourselves to embrace the other.

And I think this is key to Lenten hospitality. I’ll offer this: the simple, meatless meals we eat each Friday. Meals like ground nut stew. These opportunities to abstain from meat aren’t simply weekly dietary challenges; these are concrete moments where we can physically manifest a spiritual reality by emptying ourselves of one kind of food in favor of another.

Lent is all about stripping away those things that get between us and our neighbors, us and our God, so maybe we should focus less on what we’re giving up and more on who we have invited to be present—both in person and in spirit—around our table.

Lenten hospitality, then, is an exercise in making room at our tables—and in our very selves—for those with stories that surprise, amaze and puzzle us. Stories that seem worlds apart but perhaps are more similar than we realize.

My daughter is only 15 months old. I can’t imagine that sharing Kumba’s story with her will have any resonance. But I do know that she happily eats up ground nut stew, grinning. She’ll grow up; she’ll chase dreams like Kumba. And the two will most likely never meet.

But I’ve made room for Kumba at my Lenten table. And I have to believe that there is something truly sacramental about my daughter eating the same meal as another young girl some 4,500 miles away.