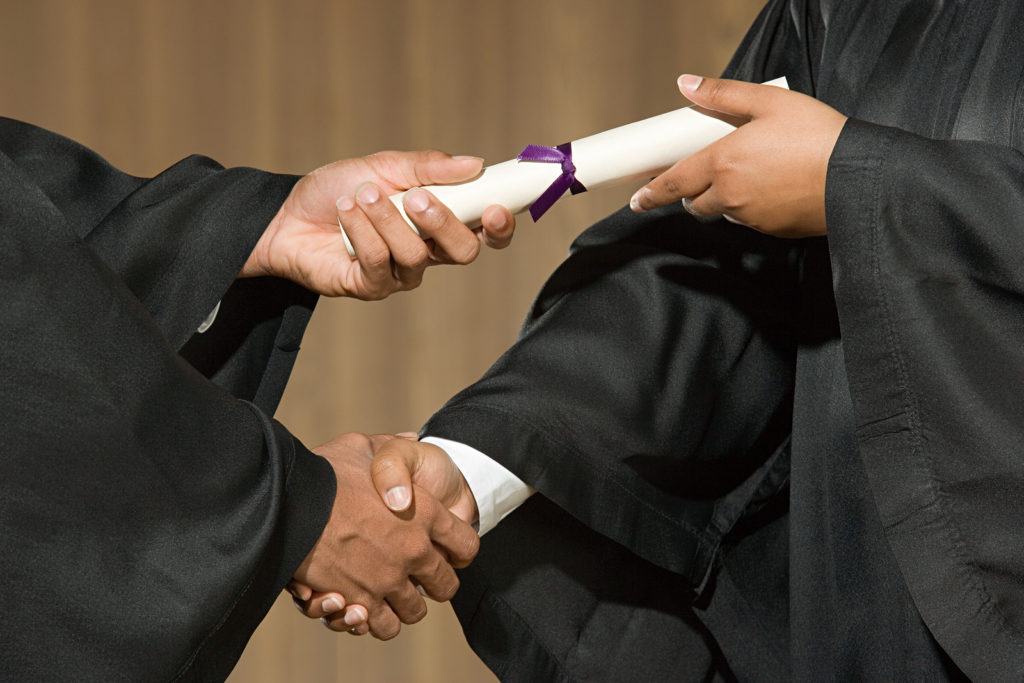 When I graduated from college with a degree in accounting, my family put an immense amount of pressure on me to make money. My father expected me to start helping him out with bills immediately. His view of college was that you graduate, and you simply go get a job. But obtaining a job isn’t immediate or guaranteed, and the lack of understanding in my family was frustrating. This was further complicated as I watched some of my white peers take advantage of grace periods granted by their parents to find themselves, travel, and experience postgrad life in a way that made me jealous.

After graduation, I had a conversation with my family about how the process isn’t the same for everybody. According to “The Chicago Tribune,” Black graduates are almost twice as likely to be unemployed compared to other graduates as a whole, and in 2014, “The New York Times” reported that 56 percent of Black graduates were underemployed and working jobs that do not require degrees. With statistics like these in hand, I talked with my parents about a plan for my future that helped to ease some of the pressure and tension. Our conversation didn’t erase the challenge of finding a job, but it helped to have everyone on the same page.

RELATED: 4 Tips for Landing Your First Job after College

Getting your foot in the door

When I graduated, I struggled to get an interview, I faced rejection after rejection, and companies that simply wouldn’t respond. Many of my white peers had parents, family members, or friends in senior leadership positions to give them the push they needed in the application process. According to “Fortune Magazine,” the large percentage of Black students without family connections has contributed to limited networking opportunities and hardships obtaining a job or interview after graduation. One of my saving graces was finding a number of organizations that work to relieve some of the pressures on Black graduates, such as Inroads and the T Howard Foundation. These foundations specialize in helping minorities find jobs and internships. At Inroads, specifically, I was assigned a mentor who helped to talk me through the interview process and put me in touch with other Black professionals. Also, be on the lookout for Black student or professional organizations. Before I graduated, I built a relationship with an organization at my school called the Business Association for Students of Color. This gave me access to a network of students who faced similar challenges, and I was able to reach out for advice.

Amp up your confidence

The pressure of finding a job was not only frustrating, but quickly deteriorated my confidence. Interviews were discouraging. I looked around the waiting room at one interview and realized I was the only Black candidate. I felt like I didn’t belong. Group interviews were especially tough, because I had the idea in my head that everyone was better than me. During one-on-one interviews, I faced similar intimidation. I thought that I needed to be significantly better than my peers to have a chance at standing out. To help overcome my insecurities, I prepped for every interview with extra care, reading about the company online and making sure my resume was in tip-top shape. Another way to boost your confidence is to add some extra skills to your toolkit. Online courses (some of them free) can give you extra knowledge and help you feel more certain about different dimensions of your field when you’re interviewing. You can also do informational interviews with people of color already working in the field you’re trying to break into. They can share their wisdom and tips for networking.

After more unsuccessful interviews, I talked to one of my mentors at Inroads, and he put me in touch with an alumnus who was now a director at JP Morgan. He talked with me about the postgrad obstacles he experienced. Hearing a story similar to mine from someone who persevered motivated me to move ahead. I also used the resources at my school, such as the university career services and the business school career counselor to do mock interviews, which improved my interview skills and helped to build my confidence. Also, don’t be afraid to reach out to Black professors or alumni to get advice on how they overcame this hurdle, because you are not alone.

RELATED: Taking Postgrad Life One Day at a Time

Everyone deserves a chance to make a meaningful career debut. For me it was tough, but when my confidence improved, I was able to tackle interviews much more effectively. I began getting calls for second interviews, and eventually, I did get a job offer, which was a relief. I proved to myself that it was possible. After receiving the offer, I began to realize the importance of having options and that instantly obtaining a job wasn’t my only goal. So, after overcoming the pressure and putting in the hard work to find a job, I ended up turning it down to pursue my MBA instead. Discovering the right path for me was important, and I’m grateful that I did. Now that I’ve been through all of this, I’ll be more prepared for the realities of being a Black college graduate the second time around.