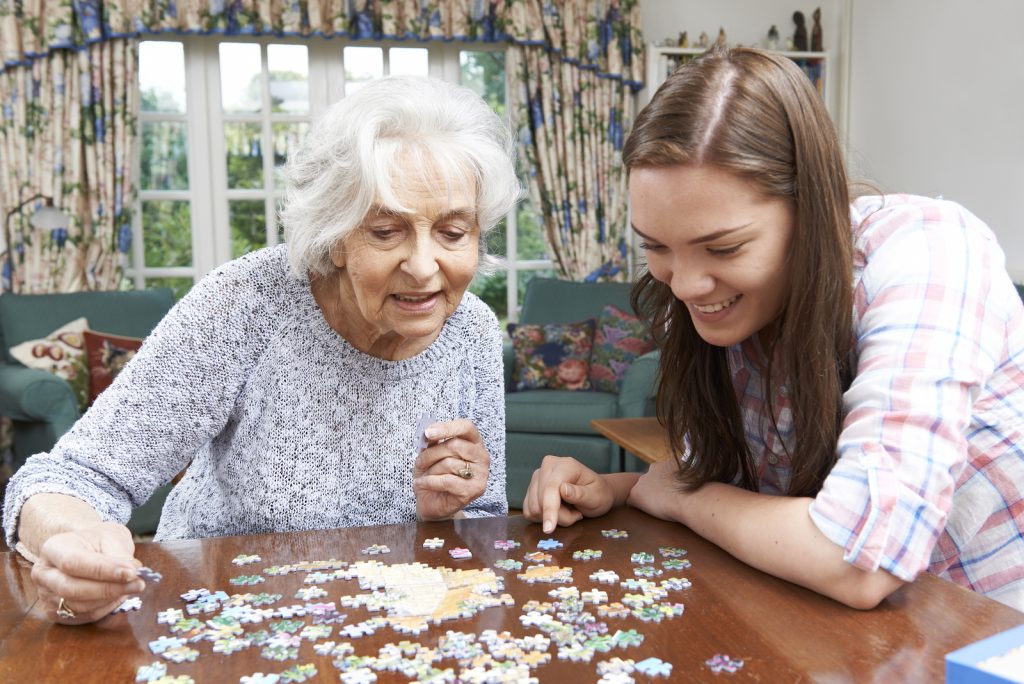 When my grandfather fell and lost his mobility, it was a crushing loss to him. Pop had been active and healthy for 89 years. Suddenly, he could no longer putter around his yard, drive to the local convenience store to buy lottery tickets, or spend time at his workbench fixing things. After visiting him at a rehab facility, I saw his sadness and longed to do something to ease it. I began calling him. We spoke every day for the next three years until his death. The conversations were brief, but in that time, my grandfather became more than my elder—we became friends.

Now that he has passed on, I am even more grateful for the times I had talking to Pop. There are moments when I hear his voice in my head and remember things he said about his life or our family. It grounds me and makes me feel connected to where I come from—and to where I’m going. Connecting with older relatives offers an opportunity get to know them and ourselves. Here are some tips to get started.

1. Ask them about their happiest moments

When initiating these kinds of conversations, it’s good to start with topics that bring up happy memories. Often, the most joyful events are tied to things that were life-changing—like meeting a spouse for the first time, getting married, taking a special vacation, or having a child. But, seemingly mundane topics—like holiday traditions, their first job, or what their neighborhood was like can be revealing too. Keep the tone light and follow where the conversation leads. When my grandfather spoke of having a young family, he told me about selecting the location for their house. He built it himself, putting in hours of physical labor after his job as a machinist ended for the day. Through his stories, I realized that he hadn’t just built a house, he provided a home.

2. Be patient and speak slowly and loudly

Some elderly folks have hearing impairments or memory issues—or both. My grandmother sometimes forgot what she was saying in the middle of a story. I reassured her that it was okay. Sometimes, a few moments of silence and reminding her what she said last would jog her memory, but other times, the thought vanished for good. I knew this caused my grandmother some embarrassment, so I let it go and quickly moved on to the next question. Be gentle and tread lightly.

There is no better way for history to come alive than to speak with someone who lived it. I found out from my grandmother that during the Depression, my great-grandfather helped a family on their street survive by offering them leftover bread and cakes from the bakery where he worked.

4. Take notes or record the interviews

If you have their permission, record the audio or video of your conversations. If you do, place your phone or recording device in a spot where it will still catch their words, but not be in their face. Double check at the beginning to be sure that it is being recorded. Alternatively, get a journal and jot down notes later on. Participating in StoryCorps, an oral history project that has archived interviews of more than 100,000 people, is another great option. One interview per household is allowed. Depending on where you live, you can record your interview with your grandparents or other older relatives in their StoryBooth or MobileBooth. Or, you can use the StoryCorps app to capture a high-quality recording from home and upload it to their website. Each conversation is archived in the Library of Congress.

If geography separates you and a loved one, written correspondence is a great option. Everyone likes to get mail. If they happen to be computer literate, emails work too. Not all older folks are comfortable with technology, but sometimes they surprise you—my great uncle Ray joined Facebook at 95!

Now that many of my elders have passed on, I’m particularly thankful that I took the time to get to know them. Through their stories, I am reminded of how life changes over the course of generations, but the things that make us deeply human remain the same.