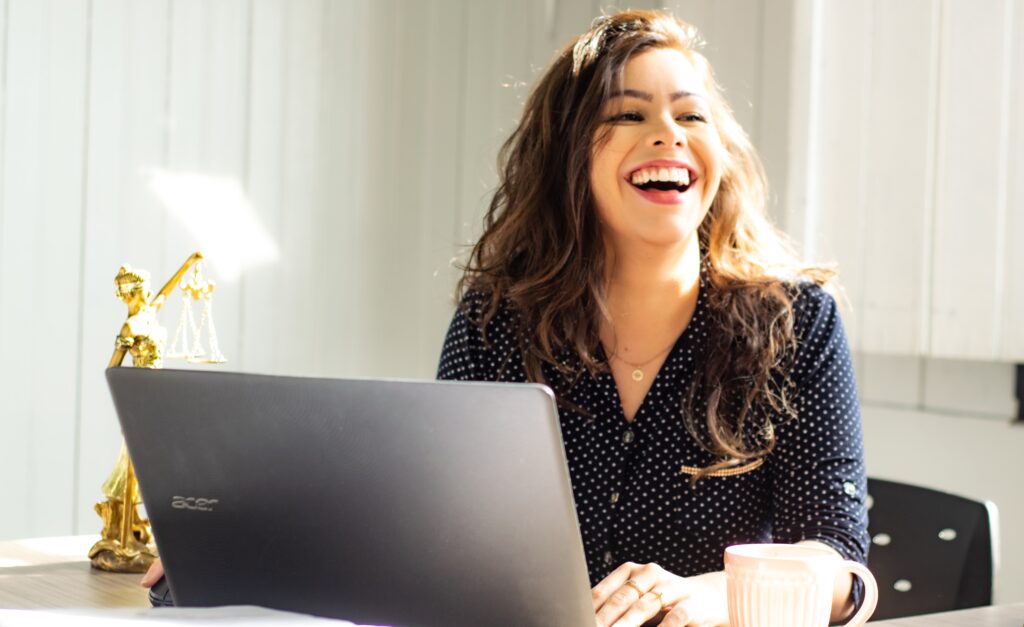 As a young woman still early on in my career, I definitely experience my share of workplace insecurities. They started in college when I was just a lowly intern at a publishing house. The little voice in my head was always concerned about something. Is this outfit okay? Am I busy enough — should I ask for more work? Will my boss get mad if I need to leave early for a doctor’s appointment?

As I progressed from intern to full-time work, my insecurities grew and changed with me. Instead of worrying if my clothes are professional enough, I’m concerned about having a friendly or ”likeable” demeanor. And rather than being paranoid about leaving early once in a while, I’m wondering if I should be answering emails after-hours. I’ve accepted that as I continue to grow in my career, my worries and fears will grow along with me. But, so will my resilience and ability to overcome them!

Here are some of my most common workplace insecurities, and how I’m working to conquer them.

The fear of working too slowly

I’m normally a pretty speedy worker; I like to finish tasks in one sitting as often as possible. But sometimes, the sheer volume of a project makes it unrealistic to finish in just one hour, or even one day. When I leave work for the day without having finished something, even if that’s perfectly acceptable, I’m really hard on myself.

I start to fall into an insecurity spiral. How long did it take the person in this role before me to finish? Am I a slow worker? Maybe I’m doing something wrong. Why is it taking me so long?

In moments like these, I remind myself that I was hired for a reason — because they think I’m the best person to do the job. I also remind myself that this isn’t a race or competition of who can finish first. As long as deadlines are met, I shouldn’t stress too much about whether I’m working speedily enough. I’ve learned the hard way that stress can turn to panic, which negatively impacts the quality of my work (and mental health!).

The same goes for emails — I’ll normally respond to something within minutes of receiving it. I hate to keep people waiting. But that can actually backfire! I’ve been in situations where I’ve read an email too quickly and totally missed the point, or responded with a question that had already been answered. Most times, it’s fine to take a beat before replying to avoid sending an incorrect response. Or, to cool off and be strategic with my response, rather than firing off the first thing that comes to mind.

Should I add an exclamation point at the end of this? Am I being too direct? Will my colleague think I’m too demanding? Is there a way for me to “soften” this? This is just a small sampling of the questions that would run through my mind when composing a work email with even the tiniest request.

A conversation with a close friend who did the same thing opened my eyes to the gender politics at play in my own mind. She pointed out that whenever men send direct, non-enthusiastic emails, they’re not seen as “curt” or “rude.” They’re just seen as doing their jobs!

I’ve started asking myself, “Would this email seem ‘nasty’ if my male colleague sent it?” The answer is usually an emphatic no. This realization has made a world of a difference for me, especially when I’m wasting precious time debating if I should include “Happy Friday!” to the end of my email. That time and energy can be better spent checking items off my to-do list.

And finally — quite simply, the fear of messing up

In the words of Hannah Montana, “everybody makes mistakes, everybody has those days.” It’s true. Everyone from the CEO to your manager to the intern on your team has made mistakes at work. Realizing this was very helpful for me. It was when I started paying attention that I noticed my colleagues making little errors just like me- like uploading the wrong version of a file, or forgetting to hit “save” in our database. I realized I wasn’t the only one who messes up. And what a happy realization that was! Thinking you’re the only person in the world who ever forgot to include an attachment on an email is a bit lonely.

Most missteps end up not being a huge deal and matter more to us than to anyone else. I’ve found it helpful to admit them out loud, whether it be to one of my peers at work, or to my friends over happy hour. Admitting to my blunders allows me to stop sweating the small stuff and just laugh and shrug it off. It also helps me keep things in perspective — my mistake didn’t cost the company millions, it didn’t hurt anyone, and probably won’t be remembered by anyone in a week.

I tend to be quick to forget my successes, and slow to let go of mistakes. But focusing on little wins and accomplishments, rather than the occasional blunders, is a great way to bounce back. Onward and upward!