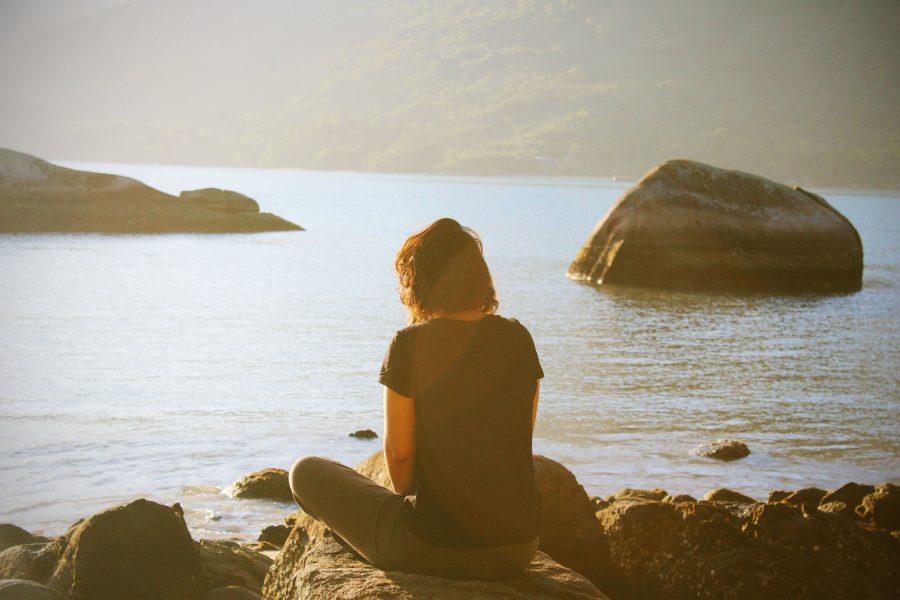 As a cradle Catholic, I grew up being told every year around February or March that I had to “give something up” for Lent. As a kid, it was hard to understand exactly why this was “required” of us. So now that I’m an adult, swearing off sugar or Facebook for 40 days can seem like the way to go, since we’re often encouraged to give up things that are distracting or harmful in our lives.

It wasn’t until I entered college and took a hard look at my faith life that I realized perhaps Lent could be a bit more useful and spiritually productive than I’d previously let it be.

Instead of giving up sweets or social media, I meditated on the question, “What can I give up or do that will bring me closer to God?” What I found since I’ve adopted this outlook has served me far more than a healthier diet has. Last year, I spent the majority of Lent starting and ending each day with either yoga, quiet meditation time, or contemplative journaling. The result? I was more attuned to the spiritual movements in my life and what are known as the “consolations and desolations” of every day.

Ignatian spirituality, a tradition I’ve learned a great deal from, encourages the awareness of “consolations and desolations of the heart,” meaning respectively, the movements either toward or away from the divine. Throughout a typical day, when I don’t take great care to contemplate and reflect on my experiences, I’m blindly unaware of how God is present throughout all that I do. St. Ignatius of Loyola, the founder of the Jesuits, encourages people to “find God in all things.” To me, moments of consolation could look like anything from the wisdom and guidance of a close friend, to a beautiful tree in autumn, or the resilience of a guest at a soup kitchen.

In the past few years, I’ve found ways during Lent to become more aware of those moments, and to stop and listen more often, even amidst the chaos of daily life. I’m a pretty frequent journaler as it is, but by holding myself more accountable and taking the time to reflect on my everyday experiences, write them down, and hold them all in prayer, I’ve found that I’m able to feel the presence of God more around me. The same goes for meditation and yoga, as those practices also have given me a space to be still and reflect. When we’re able to get out of our own heads for once, we might be able to hear a guiding voice more clearly.

While these practices work well for me, I know they might not work for everyone. However, the intention behind them is what I see as ultimately important for exploring a new way to “do Lent.” So, think about what makes you feel closer to God. Then, consider the things—actions, thoughts, practices, patterns—that actively bring you away from God.

In my own life, I tend to judge situations and people without a fair assessment. For example, when I encounter people with political beliefs that are counter to my own, which I deem to be “inclusive,” it’s easy for me to make a fast judgment about who they are and why I shouldn’t engage with them. However, dismissing them outright robs me of a chance at a respectful and meaningful interaction. So, this Lent, I plan on acknowledging those moments of judgment in a journal and bringing that to my prayer life as a way to recognize and change those patterns. How can I try and see people as they are and meet them where they’re at, as opposed to releasing immediate judgment? For me, giving something up wouldn’t be enough. The combination of action and intention will make sure I’m using this time of preparation for Easter well, and growing closer to God all the while.

I’ve been in a weird spot with my faith lately. There’s so much negativity going on in the world — people displaced from their homes,…

Two and half years into my relationship, I started dating my doubts and my boyfriend at the same time. As Sean and I would lay…