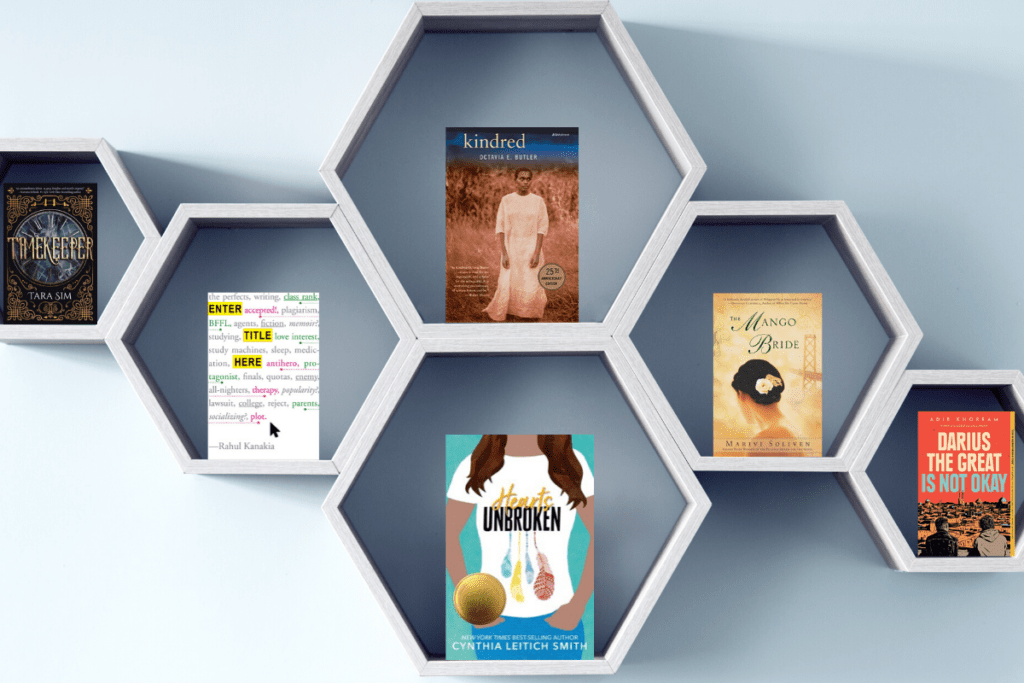 I love to read, and I used to think I had a diverse taste in books. But, in December 2016, while giving out recommendations, I realized my reading list had started to become very one-note, where the authors I chose and the main characters I was reading about were mostly white.

As a result, I challenged myself to read only books written by a diverse writer or featuring a diverse main character for an entire year. That ended up being mostly non-white writers and characters. I had books already on my to-be-read list that qualified, but I also asked for recommendations on social media, and I love getting recommendations from the website Book Riot, which has an annual reading challenge.

During this time, I read some fantastic books that I wouldn’t have found if I hadn’t actively sought them out. I also had a more interesting reading year because the stories I read were about a variety of time periods, places, and people. The challenge also made me habitually pick up more books by diverse voices than I had before, and be more conscious of who I was reading.

Here are six novels that I recommend if you’re looking to diversify your reading.

Octavia Butler is a classic American science fiction writer, and “Kindred” is one of her most famous books. Dana, an African American woman in the 1970s, and Kevin, her white husband, unexpectedly travel back and forth through time to antebellum Maryland throughout the novel. During their travels, they confront issues of race, slavery, and morality, especially as Dana wrestles with a task given to her in the past that could determine if she exists in the present or not. This book left me with a lot to think about, especially since I live half an hour from Maryland — some racial tensions have changed since the Civil War, and some haven’t.

Reshma Kapoor is an ultra-competitive, hyper-focused teen applying to Stanford. To stand out above other college applicants, she lands a literary agent and writes a semi-autobiographical novel. But since she’s unrelatable as a protagonist, she decides to do “normal teen girl” things for the sake of the novel — which, of course, don’t go according to plan. I loved how clever this novel was, and while I thought I’d been a perfectionist in high school, I never went to the lengths to be the best that Reshma is willing to go!

“Darius the Great Is Not Okay” by Adib Khorram

Darius Kellner is nerdy, socially awkward, clinically depressed, and uncomfortable in his own skin. During his first-ever trip to visit his mother’s family in Iran, he learns more about his Persian identity, reassesses his relationship with his dad, and makes a new friend in Sohrab, a boy his age who lives in his grandparents’ neighborhood. I don’t often come across mental illness in fiction, and I think this novel does a great job of exploring its complexity — how culture, family history, therapy, and our own personalities all play a role.

During Louise Wolfe’s senior year, she’s assigned a local controversy for the school newspaper: The inclusive casting of the school musical, “The Wizard of Oz,” and the resulting backlash from people in the largely white, middle-class Kansas town. The controversy becomes especially personal for Louise, who is Native American, because her little brother is playing the Tin Man. Native writers are often forgotten even in discussions of diverse writers, and I appreciated spending time with a protagonist who is a Native teen living in suburban America today, which busts the stereotype of Native Americans only living on reservations or tribal lands.

This is the first book in a steampunk, LGBT romance adventure trilogy. Danny Hart is a prodigy clock mechanic in an alternate Victorian England where clocks themselves control time. With the help of an unexpected companion, Danny may solve a mystery that saves not just a clock he’s assigned to, but also his dad who’s been missing for years. The entire trilogy, which grows in drama, is an action-packed escapist read. This isn’t my usual genre, but I went to college with Tara Sim, so I wanted to read her book, and as a history nerd, I had fun reading a book that was alternative historical fiction.

“The Mango Bride” explores the intertwined lives of wealthy Amparo Guerrero and impoverished Beverly Obejas. Both Amparo and Beverly immigrate from Manila, Philippines, to Oakland, California, but their experiences are radically different. Their unexpected meeting, however, exposes a decades-old life-changing secret. I’m from California, so reading this book made me feel closer to home, but it also gave me more insight into the ways social and economic class affect our decisions and experiences.