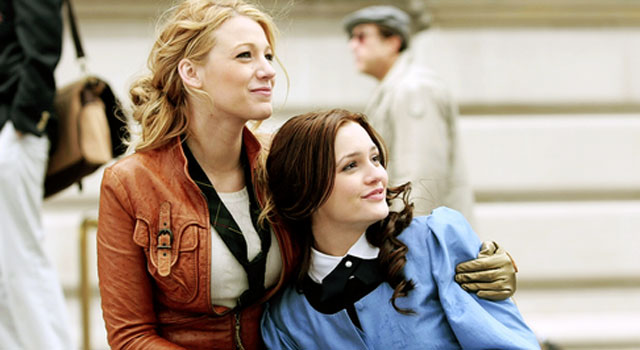 If you’re anything like me, you’ve wasted a lot of time  watching “Gossip Girl.” But not to worry, there are positive things that can come from your time with Serena, Blair, and the like. Below are five fundamental lessons from this guilty-pleasure show:

You know how blatant Serena and Blair are when it comes to competing? They literally pulled each other’s hair in front of Yale’s dean during a networking event. I’m not saying that you should fight dangerously like they do, but don’t take your BFF off your friends list just because of a small argument.

Whenever your friendship hits a rough patch, don’t sever ties. Communicate to find — and solve — the root of the problem. Remember, misunderstandings are usually without bad intentions, and friendships are worth fighting for.

2. Never take the low road for the sake of your ambitions.

Jenny from Brooklyn — who never wants to admit her humble roots — tries to blend in with the upper echelon. She has no money to buy a posh outfit for her birthday, so she steals a dress that turns out to belong to her friend’s mother, and she ends up making her life more miserable than it already is.

You might sometimes feel the need to change certain behaviors in order to get ahead; this happens and is completely normal. However, you should never do this at the expense of other people, and you can’t get so obsessed about it that you lose focus on your studies, work, or other things in life that really matter.

3. You can redefine — and achieve — success.

Blair was obsessed with Yale and was extremely upset when she got rejected, but she didn’t let that stop her ambition of becoming a boss-lady. She managed her mother’s clothing line’s fashion show down to every detail, from the model walking the runway to the It-Girls sitting in the front row. Not only that, she also learned Chinese to communicate better with her foreign partner. Look at where her consistent effort gets her by the end of the series — expanding her mother’s fashion line to become a multinational company. Never take “No” as a failure, see it as a “Try again” and a delayed success.

4. Life may take you on unexpected rides.

Lily ran in to Rufus after decades of not being in touch, fell in love, and separated again. Who would expect to see her  ex because their children go to the same school … and have their love story restart?

Your life will most likely not be as dramatic as theirs, but the moral of the story is to never overplan and overstress about tomorrow. Happiness may surprise you the way Rufus surprised Lily when he stood in front of her door after not seeing her for all those years.

You always assume that folks in fancy tuxes and glittery dresses are the happiest, but have you been in their shoes and lived their lives? Dapper Chuck is actually the one who struggles the most when it comes to finding happiness.

His arrogant behavior and obsessive personality leave him friendless and lonely. Serena even famously forbids her mother to marry Chuck’s father saying, “… And the scariest thing is he raised Chuck!” Happiness comes not from quantitative things like money in the bank, but from the intangibles like friendship and the love of family.