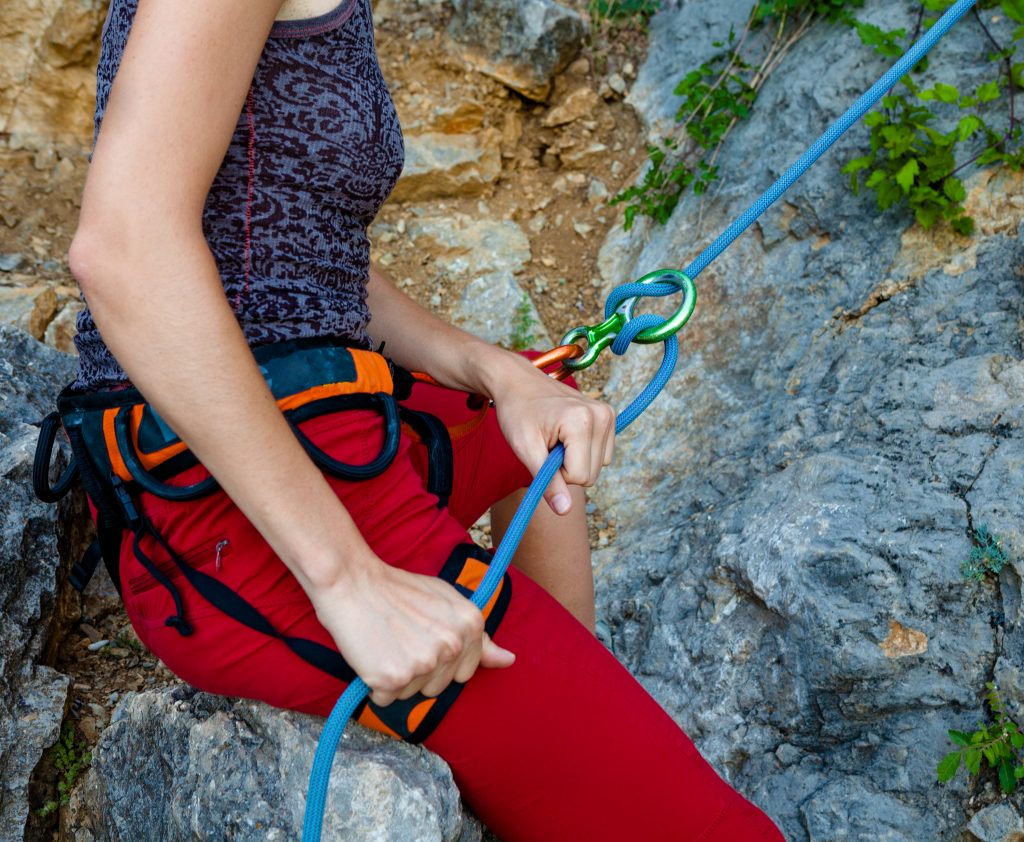 Last spring, I added a slightly unusual class to my standard college English and history courses. Adventure Games was one of the most popular courses at William and Mary, so securing a spot meant crossing your fingers and hoping the class registration gods would smile upon you. Somehow, I lucked out.

But what sounded like a quirky elective actually ended up taking me out of my comfort zone in nearly every way. Here’s what I learned:

1. Teamwork Is the Real Deal

To begin the semester, we did a lot of trust-building activities to get to more comfortable with our classmates. One was a typical “trust fall,” a good way to show that we really had each other’s backs. I gained confidence in the people sharing this experience with me, even though only a few weeks before I hadn’t known most of them. I learned how important it is to have a team supporting you when you are starting something scary and how everyone is so much stronger when they work together.

2. Doing it Right Is Worth Your Time

Many of our activities involved a technique known as belaying, where one person climbs a ladder, rock wall, tree or anything else while harnessed to a tether. Several people on the ground are responsible for securing the climber above. We had to learn to use a lot of new equipment, and we also had to strategize about who would belay whom. If the belayers weren’t heavy enough, someone could fly in the air when the climber came down (this happened a couple of times). Learning these techniques was complicated and sometimes not the most interesting, but it was vital for safety. Taking the time to learn to do it right was worth the effort.

3. Discomfort Is Nothing to Fear

I took this course when the weather was frigid. One day, we were scheduled to go ziplining across a lake. I’d never gone before, so I thought it would be both scary and exciting. The downside? It was about 13 degrees out. To pass the class I had to attempt the zipline, which would have ordinarily been fine, but in weather that cold? The air cut across my face, but the discomfort was worth the thrill of the flight. And I didn’t feel scared at all because there isn’t much room for a fear of heights when your toes are turning blue.

We spent a lot of class completing a ropes course in the woods, 45 to 65 feet in the air, to test our balance, strength and strategy. Nearly everybody stumbled or fell at some point (including me). But because we had bonded as a team early and were well-trained on the equipment, everyone emerged pretty much unscathed. And while I often struggle with embarrassment when I fail, the course helped me understand that everyone struggles, and no one can do everything perfectly all the time. Rather than tear each other down, we cheered each other on. It gave me a little taste of what life could be if we focused on building each other up.

One of the last activities we had to complete involved rappelling 65 feet down the side of a building. We were told about this on day one of the course, and at the time it seemed impossibly difficult and terrifying. But we started the course with more manageable obstacles and slowly built up to this final challenge. When it was time to make the big rappel, we had practiced belaying and climbing so much that it seemed downright simple. And it was! In fact, many of my classmates expressed that our final task was one of the least scary experiences in the entire course. I learned that even though something might seem insurmountable at first, careful repetition and practice can help you develop the courage to take it on.