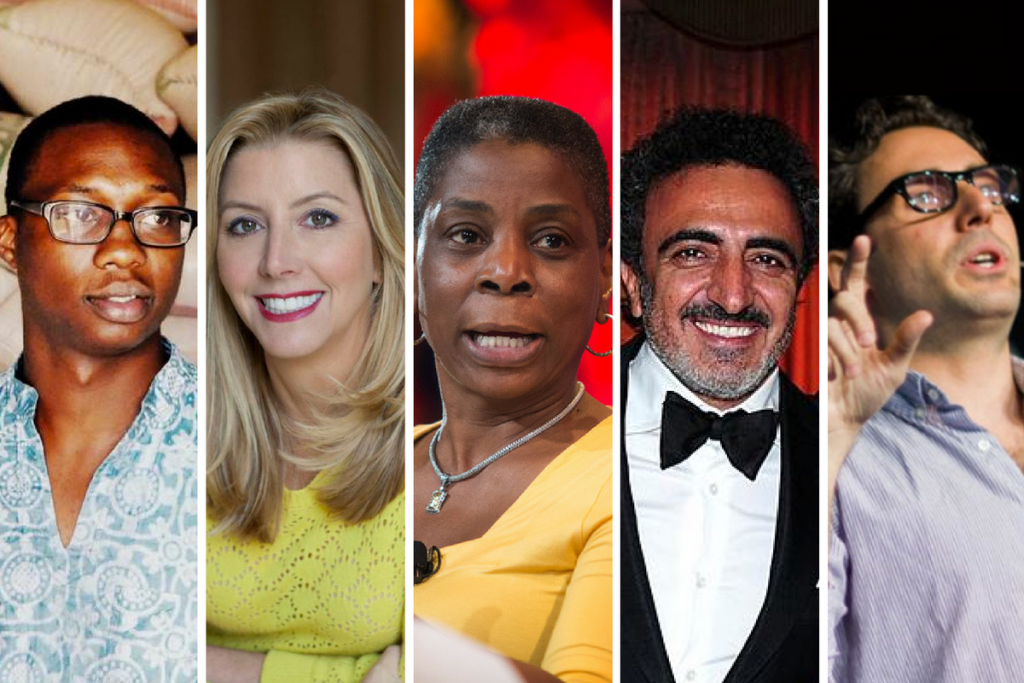 CEOs are often thought to be the cornerstone of a great business or corporation and to represent the values that a company hopes to project. But it’s not only clients they are facing. It’s also the public and society at large. They are not just facing scrutiny in their roles as CEOs of their respective businesses; they’re also trying to define their own place in the world as givers and philanthropists who have a prominent role in shaping society.

Never has this been more apparent in the modern era. Blake Mycoskie’s TOMS Shoes is well known for its buy-one, give-one business model that provides a pair of shoes to disadvantged youth for every pair sold, and Gravity Payments CEO Dan Price has made news elevating his employees by implementing a $70,000 a year minimum salary for everyone at his company. But Mycoskie and Price are not the only CEOs who give back in big ways. Here are five great examples of CEOS who feel that giving is its own reward.

Hamdi Ulukaya is the owner, founder, chairman and CEO of Chobani, the leading strained yogurt brand in the United States. Ulukaya immigrated to the United States in 1994 from a small Kurdish village in Turkey. On the advice of his father, he started a feta cheese factory in 2002, and he quickly made his fortune by purchasing and reconfiguring a defunct yogurt factory in upstate New York.

Knowing the struggles that immigrants face, Ulukaya has donated generously to the United Nations High Commissioner for Refugees in order to help displaced people from Iraq and Syria, and he has pledged to donate the majority of his wealth to help resettle refugees worldwide. Backing up his philanthropic philosphy with his business, Ulukaya has hired over 600 refugees from Asia, Africa and the Middle East to work in his factories in upstate New York and Twin Falls, Idaho. Taking this a step futher, Ulukaya opted to give a piece of what he built back to all 2,000 of his full-time employees, gifting them shares in the company that are worth ten percent of its total valuation, which is estimated to be over several billion dollars.

Sara Blakely is the founder and former (soon to be returning) CEO of Spanx, an undergarment and legging manufacturer that specializes in clothes for women. Blakey founded the Sara Blakely Foundation, an initiative that provides women with education and training for future entrepreneurship. In 2013, Blakely became the first female billionaire to join Bill Gates and Warren Buffet’s “Giving Pledge,” pledging half of her wealth to charities that help to empower women.

Neil Blumenthal is a co-founder and co-CEO of Warby Parker, an eyeglasses company that aims to provide boutique eyewear for less than $100 per pair. Inspired by his entrepreneur grandfathers and his time working at VisionSpring, a nonprofit that increases access to affordable eyewear, Blumenthal started the Buy a Pair, Give a Pair program, which has the same function as Mycoskie’s initiative through TOMS Shoes. Every time someone buys a pair of eyeglasses through Warby Parker, the company sends a pair to someone in need through partnerships with nonprofit charities such as VisionSpring and Community Empire Solutions. As of 2014, Warby Parker had donated over 1 million pairs of eyeglasses to underprivileged people through this program.

Ursula M. Burns is a chairman and former CEO of Xerox. Burns started as a summer intern at Xerox and permanently joined the company in 1981. Over the course of her nearly 40-year career, she worked her way up to become the first black woman to lead a Fortune 500 Company.

Burns has worked on many charitable causes, including as a board member on President Barack Obama’s Change the Equation initiative, which aims to help minorities pursue careers in math and science. President Obama appointed Burns to lead the White House national program on Science, Technology, Engineering and Math (STEM), and she serves as the chair of Obama’s advisors on the United States Export Council. Burns has also provided her counsel, guidance and leadership to many educational and non-profit organizations.

Mohamed Ali Niang is the co-founder and CEO of Malô, a nonprofit social entrepreneurship company. He co-founded Malô with Salif Romano Niang specifically to combat anemia and malnutrition in the Ségou Region of Mali.