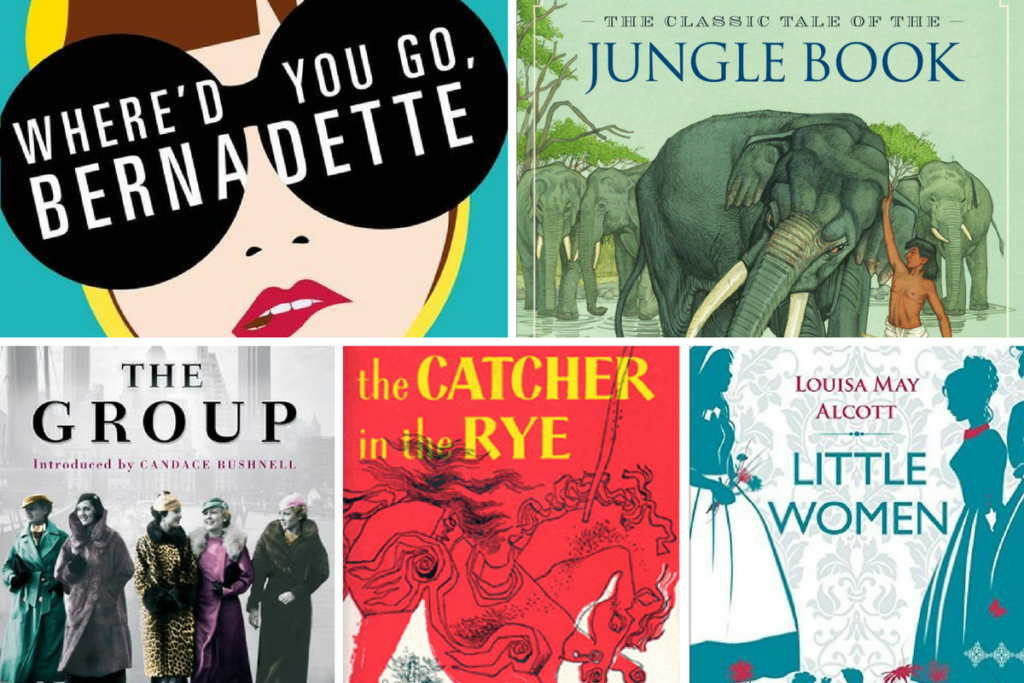 The love in your life doesn’t have to be defined by a romantic partner. The ancient Greeks had four, six, seven, or even eight different words for the various types of love we experience, depending on who you ask. Eros, meaning romantic love, is the one most people think of on Valentine’s Day. But some others, which are just as important, are Storge (love between family), Philia (deep friendship), and Agape (unconditional selfless love, often religious). The Greeks knew best – there’s a whole lot more to love than romance. You can find light, laughter, and loyalty in family, a friend, a sibling, a child, or a pet. So if you’re single, instead of opting out of Valentine’s Day, have a love-in with these literary treats.

“Little Women” is the sort of book that will stay with you forever; it is a multi-layered family drama that follows the March sisters through decades of sweet, and sometimes spiteful, exchanges as they grow from girls to women. The sisters remind us of the women in our lives who are always by our sides. The March girls are more than family, they are a pack, a gang, loyal best friends, who fall in and out of love, progress through school, enter marriages and motherhood, and cope with distance and death as an unshakeable group who are always there for one another.

Maria Semple’s breakout hit “Where’d You Go Bernadette” is a unique take on a mother-daughter relationship. Fifteen-year-old Bee’s quest to find her mother Bernadette, who has disappeared, is heartwarming without being overly saccharine or predictable. Mother/daughter relationships are intense and complicated, but Semple captures a maternal love we should all be so lucky to have. Bernadette makes sacrifices for her family, sacrifices that make her miserable. To find that her daughter noticed and appreciated all her work and all her love, gives readers hope that the people we invest in really do recognize our efforts.

The connection between humans and animals can make for a lifelong bond. Just ask anyone who still tears up thinking about their childhood pet. The love between animal and owner doesn’t have to be a tired tale, as Rudyard Kipling had in mind when he explored the unforgettable friendship between Mowgli and the animals in “The Jungle Book.” If you’re looking for adventure and need reminding that love can be found in the unlikeliest of places, grab Kipling’s classic and become a jungle V.I.P.

Holden and Phoebe’s brother-sister dynamic is one of the few positive relationships in J.D. Salinger’s “The Catcher in the Rye.” Though their interactions are scarce, the scenes add a subtle but beautiful reminder that every outsider has someone who knew them before they felt odd or alone. The people we grew up with know and care for us in quite an extraordinary way; a way that’s different from those we choose to love later in life. In this classic, Holden and Phoebe’s unconventional dynamic reminds us that although siblings can get stuck thinking of us as the kids we used to be, there is an unconditional love between siblings that shouldn’t be underestimated.

Blessed with a great gang of college friends? Think of them this Valentine’s and pick up copies of Mary McCarthy’s 1963 offering “The Group” for everyone in your group. The story revolves around a circle of eight Vassar women who have an occasionally fractious, but enduring bond. McCarthy describes women’s lives with refreshing frankness. Perhaps that’s what the censors feared when they banned the book in Australia, Ireland, and Italy. Rebel against those who tried to keep this gem out of your hands and reach for McCarthy’s surprisingly timely read that runs from the girls’ commencement in 1933 to the brink of war in 1940. If I can’t convince you, perhaps Gloria Steinem can. Follow up with Meg Wolitzer’s “The Interestings” if you can’t get enough of college friendships.