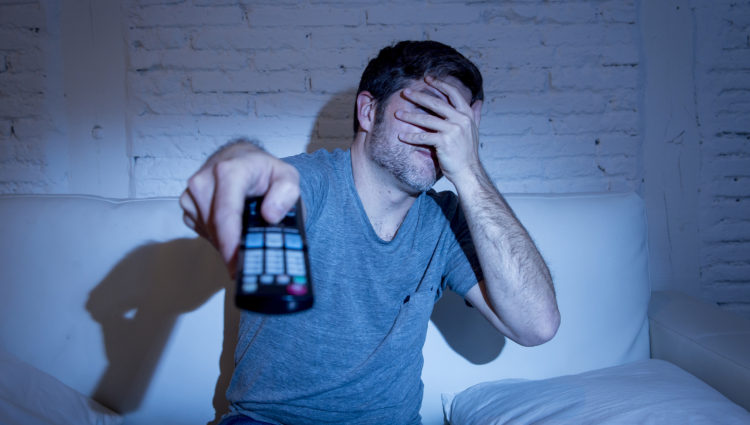 When I come to the end of a long and stressful day, there is nothing I want to do more than kick back on the couch and watch one of the shows recorded on my DVR. Luckily, that’s never a problem because with so many streaming options at my fingertips, I could binge TV shows for the rest of my life and never run out of programs to watch.

Except, that’s sort of the problem – there’s too much to watch and only so many hours in the day. Of course, there are certain shows that I deeply enjoy, and I don’t mind setting aside time to watch them. “This Is Us?” Come on. Who doesn’t enjoy crying through an hour of their evening then walking away with a more profound gratitude for their life? That right there is my jam.

Most of the time, however, I sit down without any particular clue as to what I really want to watch – I’m simply looking for a way to pass the time. I’ll watch trash TV instead of getting up to load the dishwasher. I’ll browse Netflix looking for a new series to start instead of reading the new book I was so excited about just days earlier.

Even when I know I ought to turn off the TV (like before bed), I don’t do it. It’s hard not to get sucked into the “just one more show” mentality, wasting away my nights and making my mornings more groggy and hectic. It’s simply easier to shut off my brain at the end of the day than to break out my to-do list and get stuff done.

If I’m being honest, though, I know there are better ways to relax that will leave me feeling way more refreshed than an all-night binge sesh. I would much rather tidy up before bed and read a book than spend another hour catching up with E! News. Luckily, I’ve found a few tips that have helped me curb my binge watching habit so that I can enjoy my free time more.

1. Track your TV habits for a week

Even though I felt like I was watching less than normal (because I didn’t want to be writing down “fell into five-hour “Downton Abbey” rabbit hole” on my time log), I was shocked at how many hours I tallied by the end of the week when I tracked my TV time. Seeing the number of hours you’re wasting is a surefire way to get you motivated to cut back and spend that time elsewhere.

2. Make a list of all the shows you want to watch

There is a lot of good TV out there, so this was difficult for me. I had to make peace with the fact that I’d have to cut out some shows I liked to reach the watching limit I wanted (10 hours a week). Still, knowing that you’re prioritizing the best of the best makes it easier to cut back.

3. Set a turn-off time before you start watching

Since my most common problem was not knowing when to stop, I decided to start setting an “off” time before I started watching Hulu. Having a predetermined time frame and number of episodes made it easier to move on when the “unplug from TV” alarm went off.

4. Think about the things you’d rather do

Let’s be honest, TV isn’t that satisfying. There are plenty of other things I’d rather do, from crossing things off my to-do list to hanging out with friends. One thing that has kept me from falling into a black hole of streaming TV is writing down what I could be doing instead of watching TV and putting those things on the schedule instead. If I’ve blocked out an hour for writing or a phone call with a friend, I’m much less likely to waste time behind a screen.