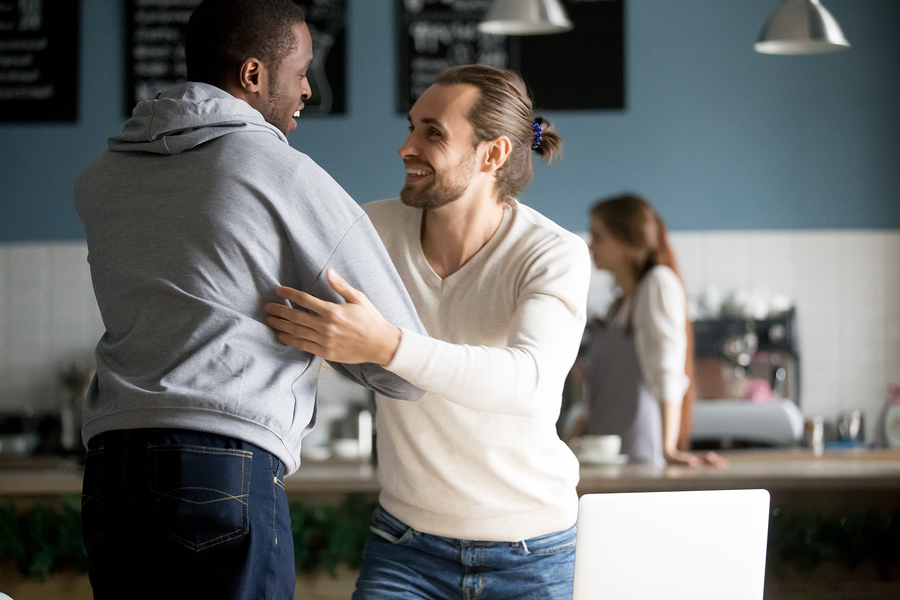 Second chances are tricky. Whether it’s an estranged family member, a friendship gone sour, or an old flame hoping to be rekindled, deciding to let someone back into your life after they’ve hurt you is anything but easy.

This year, both an ex-boyfriend and a childhood best friend came back into my life after a prolonged absence, leaving me in an overwhelming emotional vortex of confusion, hurt, deep care, and love. Though the nuances of each situation were unique, the crux of my dilemma was the same for both: How do you decide if someone who hurt you once is worth the risk of a second chance? Here are three meaningful questions you can ask yourself to help navigate this tricky situation.

I felt hurt by my best friend for several weeks after an intense blow-up that had been brewing for a while, resulting in us not speaking for six weeks. During that period, I often caught myself re-reading our heated text exchange, getting myself worked up all over again, and refusing to accept any responsibility for what happened. It took nearly two months of silence for me to “get over it” enough to accept that I also had a hand in what happened, and I started to actually miss my friend, rather than demonize her. Only then was I ready to reach out, knowing I was prepared to work on our friendship.

Honestly evaluate the breaking point of the relationship, and where you’re at in terms of acceptance. Will part of you always harbor resentment or bad feelings toward this person? If the answer to this question is anything but “no,” it is important to unpack these feelings before moving forward. Holding a grudge over their head is unfair to both of you. This isn’t to say you need to just forgive and forget, either. What happened between the two of you happened, and will always be part of your relationship’s story. In the words of Cheryl Strayed, “Our most meaningful relationships are so often those that continued beyond the very juncture at which they came the closest to ending.”

2. Have you both grown as people?

When I got in touch with my best friend after nearly three months of not speaking, both of us had learned from our mistakes and were eager to work on our friendship. The time apart had allowed us to reflect on what we wish we had done differently, and focus on how to take better care of our relationship moving forward. Before our fight, we had taken our friendship for granted, having been best friends since kindergarten. Part of us assumed the other would “always be there.” Our fight proved to us both that this friendship had to be treated with the same care and consideration we’d give to anyone else, whether we had known them for 15 years or a few months. We had both grown in such a way that we could come back together better than before

With my ex, however, it was clear from our first conversation that we were not on the same page in terms of emotional maturity. He didn’t seem to have thought deeply about why our relationship ended and was showing signs of the same behaviors that had lead to us breaking up in the first place. I knew letting him back in would disrupt the emotional recovery that I had worked so hard on achieving.

3. What does your gut tell you?

When my ex came back into my life, those two weeks of contact took a toll on my body. I found that I wasn’t sleeping well, felt anxious and easily irritated by little things, and didn’t have much of an appetite. This was my body’s way of telling me I should not revisit this relationship– on a visceral level, independent of what my mind or heart decided on the matter, my body was telling me NO WAY!

Don’t settle for anything you know on a gut level is not right for you. When it’s right, you’ll know– or at the very least, your gut won’t feel “weird” about it. Relationships will always be tricky and require time, effort, and sacrifices. But they are also one of the best, most meaningful and rewarding parts of our lives. If a relationship has morphed into an exhausting energy drain rather than a life-giving, enjoyable part of your life, it might be time to close that door.