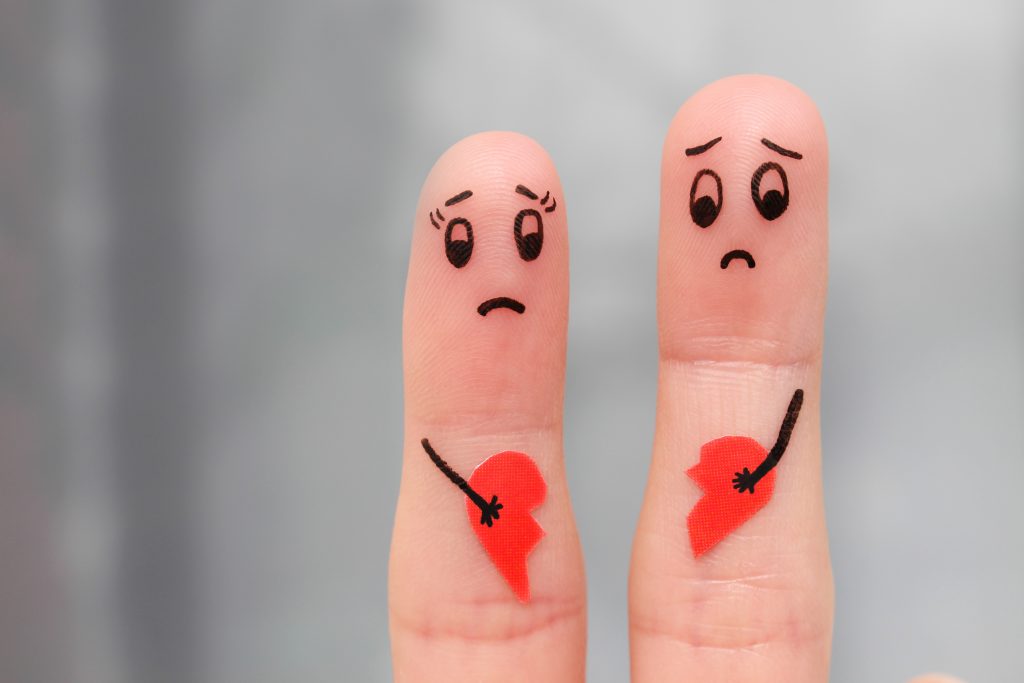 Including the boy I married on the playground in kindergarten and the one I tried to propose to in the second grade, I’ve had a total of nine boyfriends. And I’ve been on the receiving end of the breakup conversation in each one. Well, except the playground and second grade. I’m not sure many words were ever formally exchanged.

Despite many shared memories, the actual breakup conversation usually stands out as the most prominent one. It’s the conversation that gets played over and over in my head, repeated to my friends or mom on the phone, and sometimes triggers a response letter that is never actually sent.

RELATED: 5 Ways to Survive a Breakup with Your Dignity Intact

Because breakups can be painful and because the conversation is so important, it’s good to be intentional about your words at the end of a relationship. It could mean the difference between healing in weeks versus healing in months for both parties involved.

Some of the most common phrases I’ve heard in my nine-person sample size are popular to say, yet really fall short on substance. Here are five phrases to avoid if you find yourself in a breakup conversation:

This is the most common one I’ve heard and has been most heard among my friends as well. This statement fits in well with the millennial attitude of chasing our dreams and the repeated messages we hear about becoming well-established in our career by the age of 30. The irony is that the person claiming they can’t commit to a romantic relationship is often capable of commitment of a different sort — to med school. To a doctoral program. To their dream job. To a move across the country. So, if commitment isn’t the issue, then it seems to be the “right now” piece. But in today’s world, there really isn’t a good time to commit. Opportunities won’t suddenly stop coming. In fact, they only multiply as we get older. You choose to commit to someone in spite of your life path, however rigorous it may be, and then create a shared life together. I’ve known some very creative couples who have “made it work” despite many big life changes. They might not have achieved their goals as quickly as they could on their own, but they did achieve them, together.

“You deserve so much better.”

This phrase is a close cousin of, “It’s not you, it’s me.” What can come across as genuine, is really a false form of flattery. If someone says this and truly means it, it means that person does not want to take the time to become a better version of themselves. When discussing relationships in my high school religion class, my teacher once said to me, “Never settle for less than you deserve.” Someone who tells you they don’t deserve you either doesn’t want to be the person you deserve or doesn’t deserve you. More often than not, you’re better off without them.

“I love you enough to let you go.”

This phrase has always struck me as the type of psychology a parent uses with a child when she takes him to get a very painful shot at the doctor’s office. No kid is going to understand this type of logic five minutes later, and it doesn’t really work on adults either. Yes, love can include pain, but in the end, it’s better to not mix a loving message with a painful one. Keep those messages separate and they are more likely to be memorable. Together, both phrases get lost in the confusion.

“You’re the best girlfriend I ever had.”

Again, this is a false form of flattery. The statement might very well be true, but it creates confusion similar to #3. It also begs the question, “Why are you breaking up your best relationship?”

With each of my boyfriends, I’ve gone digital cold turkey immediately after we broke up. No Facebook. No Twitter. No Instagram. No LinkedIn. I can honestly say it’s been one of the best decisions I’ve made time and time again. Some couples can stay friends, but usually the wound stays fresh and leaves you vulnerable to getting back together. If you don’t want to be as cutthroat as me, I suggest giving it at least six months or better, a year, before connecting again. Delete their number if you have to so you can resist the temptation. If you chose to go on a diet, your pantry wouldn’t be full of cookies. Make your social media reflect the growth and transition you are trying to accomplish.

Breakups happen. However, a confusing or hurtful breakup conversation doesn’t have to. Try to avoid trite phrases and make this a time for real and genuine conversation about your true feelings before parting ways. Staying true to yourself and expressing your emotions will leave your partner with a sense of how you feel and how difficult a choice this might be. Breakups are never fun, but approaching them attentively and with compassion will allow you both to move on with dignity.

In the fall, a friend of mine picked me up to go on a drive. Spontaneous yet not uncommon, these mini road trips happen frequently…