Can You Spell… Determined? 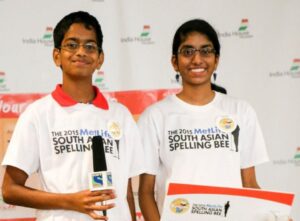 When siblings Shobha Dasari, 19, and Shourav Dasari, 17 found out that the 2020 Scripps National Spelling Bee was canceled, they didn’t waste any time finding a way to move the bee to a virtual realm. The Desaris, from The Woodlands, Texas, were both competitive spellers until they aged out. Now, they are making sure that other students get the same chances to compete that they got. The age limit for spelling bees is either 14 or eighth grade, so after the cancelation 2020 Scripps National Spelling Bee , many current eighth-graders were upset to learn that they would not get to compete for a final time. However, thanks to the Desaris, there is a completely virtual event, complete with testing rounds, semi-finals, finals, and hired judges. Can you spell … determined? Read more.

The Victory Family Church in Norman, Oklahoma created a special kitchen jam! Over a Zoom call, the congregation recorded a unique rendition of “Don’t Worry Be Happy” using only kitchen appliances, utensils, and their voices. While many communities are using technology to connect with one another, this congregation kicked it up a notch to create a recipe for joy. Read more.

IKEA Directions Are the … Best!? 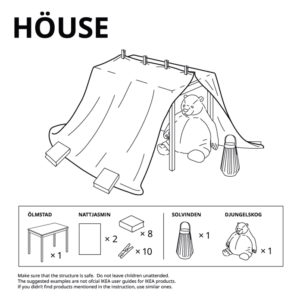 The Russian IKEA Instagram page just released six sets of directions that are so good you will forget all the hours you have spent assembling their furniture. Earlier this month, the Russian IKEA Instagram released six designs for at-home blanket forts. These six designs will provide kids (or kids at heart) with cozy places to read, video chat, or take a nap. Although the designs are meant to be made with IKEA furniture, you can easily make the same fort with whatever furniture you have at home. Read more.

Six-year-old Cooper wanted to give his favorite skateboarder, Tony Hawk, a gift. So, when he saw his neighborhood FedEx driver Mikail Farrar, he thought, who better to do the job. Mikail didn’t want to crush Cooper’s dreams, so he recorded a video of himself explaining the situation and asking for help. Luckily the video went viral, and eventually made its way to Tony Hawk himself. So of course, Tony Hawk recorded a video of himself with the gift Cooper ‘sent’ to him. Not only did the internet, Mikail, and Tony Hawk love this interaction, but Cooper loved it too. Read more. 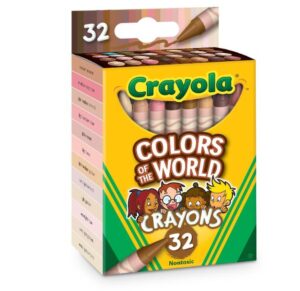 The Color of Inclusivity

On May 21 — the United Nation’s World Day for Cultural Diversity for Dialogue and Development, Crayola, one of the world’s number one suppliers of children’s art supplies, unveiled a new pack of crayons called “Colors of the World.” The colors within the pack are supposed to represent over 40 skin tones from around the world. Crayola hopes this crayon pack will allow children to “creatively and accurately color themselves into the world they see around them.” We can’t wait to see what young artists draw with them! Read more.