Rihanna’s Latest Collaboration Is With the State of New York 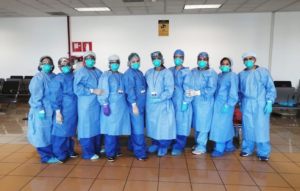 Last week, Rihanna’s Clara Lionel Foundation announced that they donated over $5 million to various organizations fighting coronavirus. This aid supported a number of organizations in New York, Rihanna’s home country of Barbados, as well as across the globe. Rihanna and her organization were thanked by Governor Cuomo in a tweet expressing his gratitude for the personal protective equipment that New York state had access to as a result of her donation. Rihanna is not the only celebrity stepping up during this time, but we love how this icon is using her fame and influence to bring good health to her community and beyond. Read more and if you can, find ways to help.

We’ll Have a Large Fry and a Valedictorian

During this time of social distancing, schools have to find creative ways to communicate with their students. For one school in Michigan, this involved going through a drive-through. The secondary principal of Grand Traverse Academy, Michelle Floering, could not wait to tell Kaitlyn Watson that she was the high school’s 2020 valedictorian. Floering knew she could not come within six feet of Watson, but she could go to the drive through where she worked. After ordering her food at the window, she then asked for Watson and shared the good news. Watson was, understandably, both thrilled and shocked. Read more. 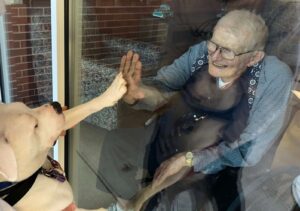 Music teacher Chris Hannah’s dog Cole is a therapy-certified pit bull. He is adored by the students at Mennies Elementary School, where Hannah is the music teacher. He is also a regular at the Vineland Veterans Memorial Home, which named him their official mascot. When COVID-19 caused the elementary and nursing home to close, Team Cole took to social media. Veterans received recorded personalized messages while students tuned in to virtual visits. On their YouTube channel, Cole the Deaf Dog, Hannah reads bedtimes stories to Cole each night. Team Cole also started making regular trips to student neighborhoods so the students can wave to the dog from Hannah’s car. Read more.

Joe Exotic who? An Australian zookeeper has gone viral, thanks to some funky moves. The Melbourne Zoo had recently gone virtual with a live-stream of their animals enclosures for people to watch while at home. However, it wasn’t the animals that everyone was watching. A zookeeper stole the show with his dance moves, complete with a prop fan and a sashay away at the end. Read more. 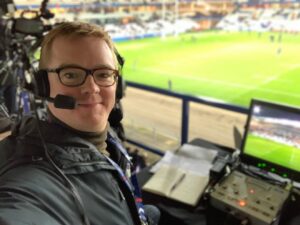 Like many of us, Nick Heath’s life looks a little different currently. Heath, a professional rugby announcer from London, suddenly found himself with a lot of time on his hands when all rugby games were called off for the foreseeable future. Now, instead of narrating rugby matches, he is narrating trips to the grocery store, walks in the park, and the antics of his two dogs. The results are hysterical. The play-by-play of his dogs in the park has already been viewed over 540,000 times on twitter. His videos do a great job of adding a little joy and levity to the ordinary, especially in these not-so-ordinary times. Read more.