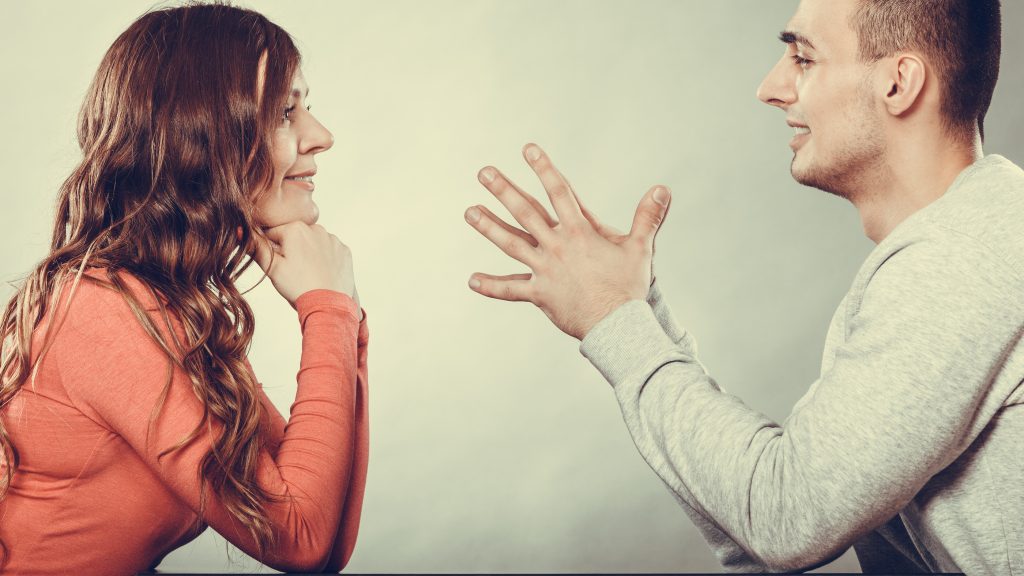 Budding romances come saddled with so many anxieties and unknowns: Does this person share my values? Will he or she support me in my career? When should I admit that, IRL, I spend most of my time in sweatpants? For the spiritually inclined, RYF — Revealing Your Faith — in a new relationship can be a milestone as fraught as knowing when to DTR.

As an actively dating Catholic, I’ve found that faith can either be a torch that ignites a whole new intimacy for you and your partner — or a torpedo. Where we might find in Catholicism a call to build communities of love and mercy, non-Catholics often see a long list of prohibitions: No sex before marriage. No artificial birth control. No gender equality in the priesthood. It’s reasonable for any eager faithful dater to fear having to play preacher to the interesting, attractive person sitting across the dining table. Or worse — that that interesting, attractive person will no longer find us desirable when we reveal our beliefs.

But RYF doesn’t have to be a big, dramatic event. Here’s how to do it with confidence and class:

When to say it:

Suss out the situation before you spill. This is probably obvious, but if you feel the dates won’t lead to something serious, there’s no reason to announce your religious affiliation in a big “we-need-to-talk” way. If, on the other hand, you’re super into him or her and sense that the relationship could evolve into something deeper, have the conversation sooner.

Often, my delight in a new prospect is inversely proportionate to the amount of time I will wait before discussing my faith. That is to say: If I really like him, I’ll bring it up by date two or three. Although, there have been plenty of times when I’ve RYFed on date one — it’s a significant part of my identity, so the topic often naturally arises.

If the topic hasn’t come up organically, don’t be afraid to introduce it in a forthright manner: “I’m interested in hearing your thoughts on spirituality. Were you raised in a particular tradition?” Gently open the door to an honest exchange of ideas, and remember to listen. You may be nervous about what you and your date are going to learn about each other. So take deep breaths, remember to give your date the space and time to talk about his/her experiences and use them as a jumping-off point from which to discuss yours.

My cousin, Kristen, who is happily wed to a non-Catholic, advises, “Your faith is a part of you. It’s who you are. It is a topic that should be introduced as easily and as confidently as your favorite sports team!”

(Kristen also happens to be in a mixed-fandom marriage: She is a passionate Eagles fan, and her husband, Paul, roots for the Steelers. They are masters of maintaining harmony in a marriage of dualities.)

How to move forward:

I’m fortunate that my experiences of “coming out as Catholic” to potential partners have been overwhelmingly positive. Sometimes the guy also shares my faith, which is great and makes the road a little smoother. Sometimes he’s not, and that can be okay, too. In early conversations with an atheist I dated, he said, “I don’t think I’ll ever believe what you believe, but I respect it” and offered to go to church with me nonetheless.

In the event that you’ve fallen for someone who doesn’t share your beliefs, my friend, Lisa, who was raised Catholic but considers herself non-practicing, recommends soul searching to figure out what your expectations are regarding your future partner. Try asking yourself these questions:

If you decide that you can only be happy with a partner who shares your faith, that’s totally valid. Just do yourself and your potential partners a favor: Be honest about only seeking dates with people of your faith.

Though RYF can be daunting, remember that you’re almost certainly not the only one feeling jitters. Most daters share the same goal: connecting with someone who will accept them for their whole selves. RYF may mean living through some moments of vulnerability and anxiety, but it’s when another accepts and honors the most vulnerable parts of ourselves that romance can take root.