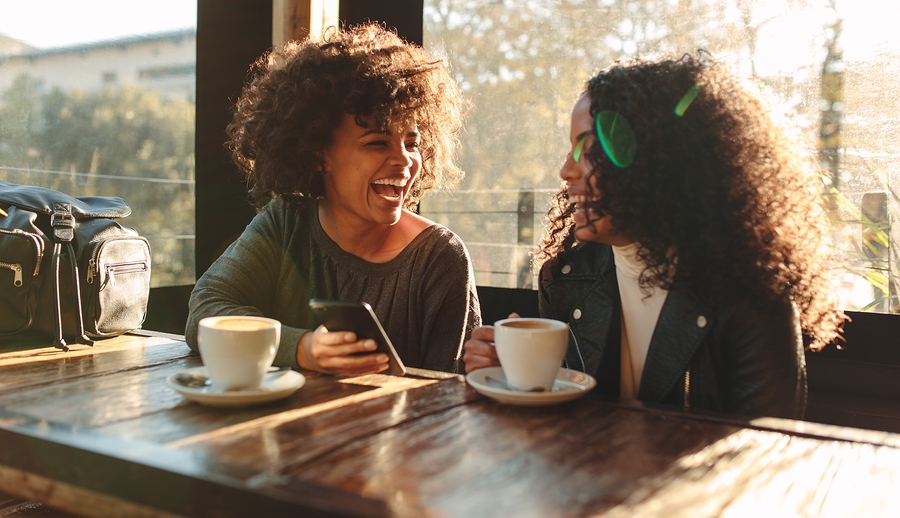 Butterflies in your stomach. Sweaty palms. The feeling that your tongue has turned into a giant cotton ball, soaking up every intelligent thing you have to say.

We all know that making friends as an adult can be really difficult — sometimes bafflingly so. The fact that you’ve actually got a friend date on the books is an accomplishment you should be proud of.

Now, all you have to do is sweep your potential pal off their feet. You know, show them that you’re witty and fun-loving, but also caring and trustworthy. A friendship worth investing time and feelings in!

And that’s a lot of pressure. No wonder we get PFDA.

I suffered it myself a few years ago, when I moved from New York City to Chicago. I was leaving behind a wide network of friends to move to a city where I didn’t know anyone. I was eager to meet people in the Windy City who I could make memories with and trust to be there for me in good times and in bad. Before I left NYC, I asked all my Chicago connections to set me up. I turned to former professors, college classmates, fellow parishioners at my church — anyone who had a loved one in Chicago who might be willing to welcome me and show me the ropes. I arrived in the Midwest a confirmed serial friend dater. Here’s how I managed my own PFDA and left my dates begging for more (OK, that might be an exaggeration. You’ll have to ask Megan, a friend I first fell for at a Galentine’s Day party).

Novelty makes us feel good — it’s been scientifically proven to activate dopamine pathways in the brain. So, try something that’s new for both of you. I’ve spent first friend dates doing tai chi and picnicking in the park while listening to live music. Just keep the date fun and easy and not something that could make one or both of you uncomfortable. (I’ve also friend-dated at the No Pants Subway Ride. Not my most successful attempt.)

Be open to new types of people

Over time, I realized that I was trying to recreate in Chicago the friendships I have in NYC. Once I let go of the fantasy of finding people just like my old roommates, and started to accept new friends for who they really are, I was much happier.

Take the pressure off

You know how the best dates with potential romantic partners can go on for hours and hours? In my fantasies, the best friend dates are like that, too. But if the reality doesn’t match up with the movie in your head, that doesn’t mean the budding friendship is doomed. The expectation that you and your maybe-future bestie will connect on every level and end up talking for hours probably isn’t realistic. So, to take the pressure off, keep early friend dates short and simple. Meet for a drink or coffee, go for a walk, or attend a talk or book reading. Have a way of gracefully ending the encounter. No need to overexplain — just say something like, “I have an early morning tomorrow, so I’d better head home. But tonight was so much fun, and I’d love to do it again!”

Friendships are built on mutual love, respect — and communication! Text or email your prospective pal to tell them how much you enjoyed hanging out with them, and that you’d love to do it again.

Just like romantic love, friendship can deepen with unexpected gestures of kindness. When I was friend-dating Megan, she was in the midst of studying for an intensive professional exam. I knew it was important for her, and she was feeling a lot of pressure. So, I put together a simple care package (essential oil to relax while studying and sparkling wine to relax after!). It was an easy way for me to show her that I understood how hard she was working and that I genuinely wanted to support her.

Of course that sounds terribly cliché, but there’s a freedom in recognizing that not everyone is for you. You haven’t married every person you’ve dated (and if you have, I can’t help you). You’re not going to form lifelong friendships with every casual acquaintance. So, when you’re friend dating, just be your authentic self. The people who love you for that will the be the ones who stick around. And before you know it, you’ll have turned a blossoming buddy into a lifelong pal.