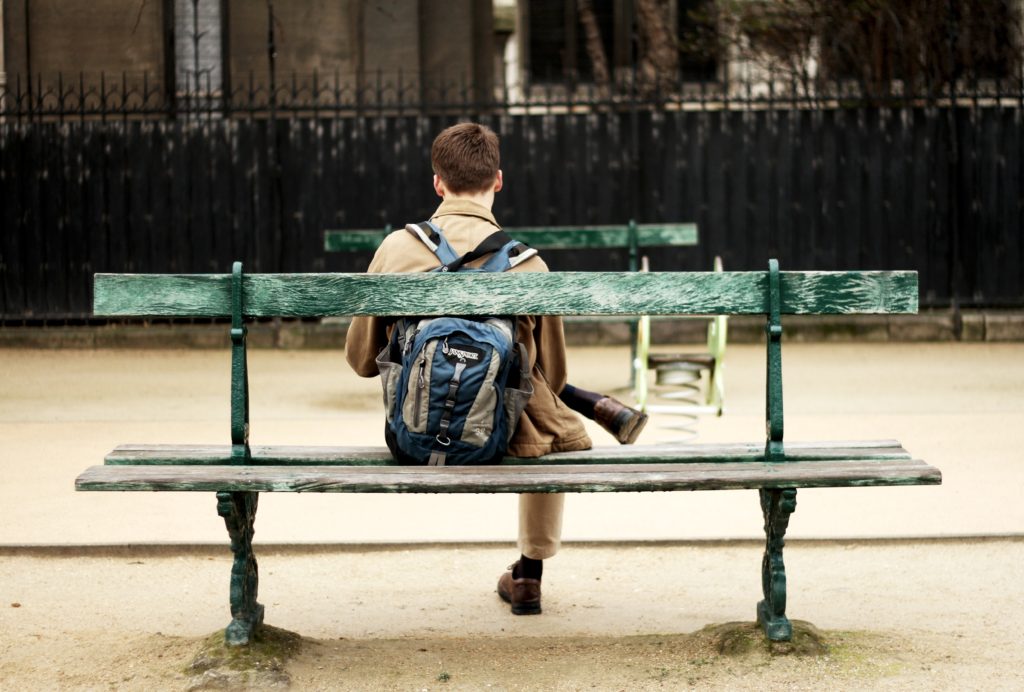 Never buy a caramel macchiato. It’s just an upside down vanilla latte — instead of first into the cup, the espresso goes in last on top of the milk — with caramel drizzled on top. Save the extra 50 cents and buy something else.

That’s one of the lessons I carry with me from my time working at Starbucks, a somewhat well-known coffee chain you may have heard of.

I worked there in my early 20s when I was decidedly between things. I had just left my first real job on a career path I had envisioned for years — things had gone south quickly — and the resulting job search left me with few options. In the post-Christmas doldrums of winter, I was living back at home and starting to go stir crazy.

RELATED: How I’m Learning to Be OK with Being ‘In Between’

I needed something to do until the next thing came along, whatever that ended up being. Starbucks fit the bill.

From the start, I recognized that many of my coworkers were also waiting for the next thing. Some were going to school part-time or taking a semester off from college. Others were military spouses working for the relatively short period they’d be stationed in the area. Others hadn’t worked in a while and were transitioning back into paycheck life.

Some were younger, some were older, but we were all together in this way station of caffeine and cinnamon chip scones. In the short- to long-term, most of us planned to be somewhere else.

All things considered, Starbucks is not a bad place to wait. The coffee is abundant, which was helpful when I arrived for an opening shift at 4:30 a.m. With lots of recipes to remember and orders to track, I didn’t have much time to get restless or bored with my situation. I liked working with people and helping customers, and despite leaving the store smelling like coffee grounds and bleach (from cleaning the back room), the work was good.

RELATED: Bridging the Generation Gap: Redefining What Success Looks Like in Your 20s

During my time as a barista, I learned a lot that helps me now as a Starbucks customer. For instance, if you want decaf in the evening, your best bet is a Decaf Americano, because most places don’t make decaf drip coffee after the morning rush.

The real lesson, though, was in the waiting, and what to do in the meantime.

Around the time I started working at Starbucks, I made the choice to do a year of service with AmeriCorps. While I gobbled up as many hours as I could at the store, I also applied for specific volunteer opportunities, did phone interviews, and prepared for an eventual move to my AmeriCorps post in South Georgia in the summer.

During that time, I learned that I could be in two places at once, a lesson that sticks with me still today. Yes, you need to live the life you’re in, right now at this moment, and make the most of what is here. But if you want to get out and do something else, you have to put the legwork into making your escape.

You can be present and commit to being where you are and still lay all the groundwork to be somewhere else. The laws of physics be damned.

I didn’t waste my time at Starbucks. I made money, gained some wisdom, and worked with mostly kind and interesting people. Nothing was going to be gained from me sitting around at home waiting for my AmeriCorps service to start. Rust never sleeps, as they say, and if you’re not making choices about who you are and what you’re putting into this world, you’re missing out.

But I also didn’t lose track of where I wanted to be. In every way, I was making preparations for a life that would no longer involve making nonfat, four-shot, extra-dry cappuccinos (which are very enjoyable and should be indulged at your leisure). From the personal to the professional, I made sure that when the time came, I’d be ready to go, but in the meantime, I made the most of where I was.

Like the current season of Advent, I actively waited with anticipation for the dawn of something new.

On my last day in the store, my manager asked me to wipe down the high shelves that my coworkers couldn’t reach (I’m very tall, so that was easy). I said thank you and good-bye, and if memory serves, I took a coffee for the road. I was on my way.